Why are wars not being reported honestly?

In the US Army manual on counterinsurgency, the American commander General David Petraeus describes Afghanistan as a "war of perception... conducted continuously using the news media". What really matters is not so much the day-to-day battles against the Taliban as the way the adventure is sold in America where "the media directly influence the attitude of key audiences". Reading this, I was reminded of the Venezuelan general who led a coup against the democratic government in 2002. "We had a secret weapon," he boasted. "We had the media, especially TV. You got to have the media."

From Wikipedia, the free encyclopedia
Jump to: navigation, search
Ma'alul was an Arab village in Palestine, made up primarily of Palestinian Christians, that was depopulated and destroyed by Israel during the 1948 Arab-Israeli war. Located six kilometers west of the city of Nazareth,[2] many of its inhabitants became internally displaced refugees, after taking refuge in Nazareth[3] and the neighbouring town of Yafa an-Naseriyye.[4] Despite having never left the territory that came to form part of Israel, the majority of the villagers of Maalul, and other Palestinian villages like Andor and Al-Mujidal, were declared "absentees", allowing for the confiscation of their land under the Absentees Property Law.[5]
Today, much of the former village's lands are owned by the Jewish National Fund.[6] All that remains of its former structures are two churches, a mosque and a Roman era mausoleum, known locally as Qasr al-Dayr ("Castle of the monastery").[2]


Bibliography and References
Town Today
According to the Palestinian historian Walid Khalidi, the village remaining structures on the village land are:
The village site is now covered with a pine forest planted by the Jewish National Fimd and dedicated to the memory of prorninent Jews and some non-Jewish Americans and Europeans. A military base is also on the site. The mosque and two churches still stand, and are used intermittently as cow sheds by the residents of Kibbutz Kefar ha-Choresh. Overlooking Wadi al-Halabi, between the village site and the site of al-Mujaydil, is an Israeli plastics factory. Cactus, olive trees, and fig trees grow on the site, which is strewn with piles of stones. A few tombs in the Muslim cemetery across from the mosque can be seen. The main village site also contains the remains of houses

Adding a video has never been easier, click here to see what other members have added.

-PalestineRemembered.com and its Nakba Oral History Project were featured on al-Jazeera Satellite TV.

The Carmel wildfire is burning all illusions in “Israel”

Nakba by Max Blumenthal writing from New York City, US, Live from Palestine, EI “When I look out my window today and see a tree standing there, that tree gives me a greater sense of beauty and personal delight than all the vast forests I have seen inSwitzerland or Scandinavia.
Because every tree here was planted by us.” – David Ben Gurion, Memoirs “Why are there so many Arabs here? Why didn’t you chase them away?” – David Ben Gurion during a visit to Nazareth, July 1948 Four days after Israeli Prime Minister...READ THE FULL STORY ON: SILVER LINING
http://realisticbird.wordpress.com/2010/12/07/the-carmel-wildfire-is-burning-all-illusions-in-“israel”/
op december 11, 2010 Geen opmerkingen: 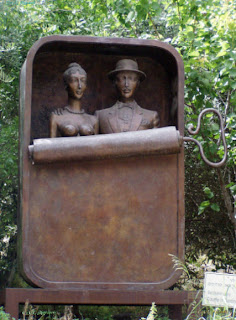 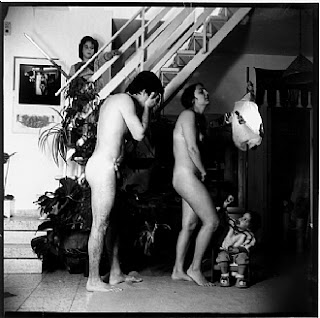