Secret and Lies of the Bailout

The federal rescue of Wall Street didn’t fix the economy – it created a permanent bailout state based on a Ponzi-like confidence scheme. And the worst may be yet to come

The average American watches more than 4 hours of TV each day (or 28 hours/week, or 2 months of nonstop TV-watching per year). In a 65-year life, that person will have spent 9 years glued to the tube.
Number of murders seen on TV by the time an average child finishes elementary school: 8,000
Number of violent acts seen on TV by age 18: 200,000
Percentage of Americans who believe TV violence helps precipitate real life mayhem: 79
Number of 30-second TV commercials seen in a year by an average child: 20,000
Number of TV commercials seen by the average person by age 65: 2 million
Percentage of survey participants (1993) who said that TV commercials
aimed at children make them too materialistic: 92
http://www.csun.edu/science/health/docs/tv&health.html

+ The Inaugural Address, January 20, 2001
After the Declaration of Independence was signed, Virginia statesman John Page wrote to Thomas Jefferson: 'We know the race is not to the swift nor the battle to the strong. Do you not think an angel rides in the whirlwind and directs this storm?' This work continues. This story goes on.
+ Speech to Joint Session of Congress and theCountry, September 20, 2001.
The course of this conflict is not known, yet its outcome is certain. Freedom and fear, justice and cruelty, have always been at war, and we know that God is not neutral between them.
+ President's Remarks to the Nation, September 11, 2002
We cannot know all that lies ahead. Yet, we do know that God had placed us together in this moment, to grieve together, to stand together, to serve each other and our country. And the duty we have been given -- defending America and our freedom -- is also a privilege we share.
+ The State of the Union Address, January 28, 2003
As our nation moves troops and builds alliances to make our world safer, we must also remember our calling as a blessed country is to make this world better.
+ State of the Union Address, January 20, 2004
America is a nation with a mission, and that mission comes from our most basic beliefs. We have no desire to dominate, no ambitions of empire. Our aim is a democratic peace -- a peace founded upon the dignity and rights of every man and woman. America acts in this cause with friends and allies at our side, yet we understand our special calling: This great republic will lead the cause of freedom.
http://www.pbs.org/wgbh/pages/frontline/shows/jesus/president/public.html 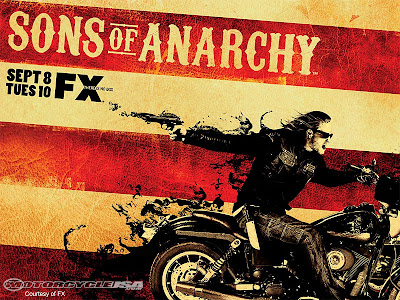 George W. Bush might have been original in the extravagance of his certitude, in the extremity of his doctrine, and in the clumsiness of his articulation of it – not to mention his execution – but he was not original in the general contours of his idea of America’s divinely inspired passion. America was founded with a messianic mission it can neither free itself from nor comfortably settle into. Sometimes the mission has been construed as divinely granted; sometimes it has been framed as a secular myth; sometimes it has dangled in ideological space, without definite provenance. Sometimes it has emphasized freedom, sometimes prosperity. But the power of the idea throughout all its variants may be measured by its endurance – a tribute to its success in binding together a nation of disparate origins, unrepentant individualism, and clashing ideals. The mission’s partisans and antagonists alike have agreed that only forward momentum in some common direction could keep the disparate elements from flying apart in centrifugal motion. For much of American history, that common direction has been outward – into the wilderness, against enemies.

After fifty years of the Open Door Policy, twenty five years of the Good Neighbor Policy, and more than a decade of a crusade against communism, conditions throughout most of the free world did not verify either the assumptions, arguments, or promises of the policy of the open door.

On the one hand, the United States relies, in its own thinking as well in practice upon a great imbalance in its economic relations with poorer and weaker countries to achieve that standard of living. Even then, moreover, there are great extremes of wealth and power within American society. And, on the other hand, American foreign policy has not produced either the kind or the degree of military security that policy-makers have asserted to be desirable and necessary. The basic question raised by these failures is not, as so often asserted, one of how to implement the existing policy more efficiently, but is instead whether or not the policy can – because of its inherent nature – ever produce its avowed objectives. The evidence indicates it cannot.
The Open Door Policy has failed because, while it has built an American empire, it has not initiated and sustained the balanced and equitable development of the areas into which America expanded. When it increased the gross national product of an area, for example, it did so under conditions which immediately removed much of the added wealth… Little of what remained was invested in the development of the political economy, let alone distributed among the population. Finally, the basic change that occurred over the period of American penetration was an intensification of the tensions and conflicts within the other society.

Having structured a creative response to the issue of democracy and prosperity at home, the United States could again devote a greater share of its attention an energy to the world scene. Its revamped foreign policy would be geared to helping other peoples achieve their own aspirations in their own way. The essence of such a foreign policy would be an open door for revolutions. Having come to terms with themselves – having achieved maturity – Americans could exhibit the self-discipline necessary to let other peoples come to terms with themselves. Having realized that ‘self-righteousness is the hallmark of inner guilt,’ Americans would no longer find it necessary to embark upon crusades to save others.