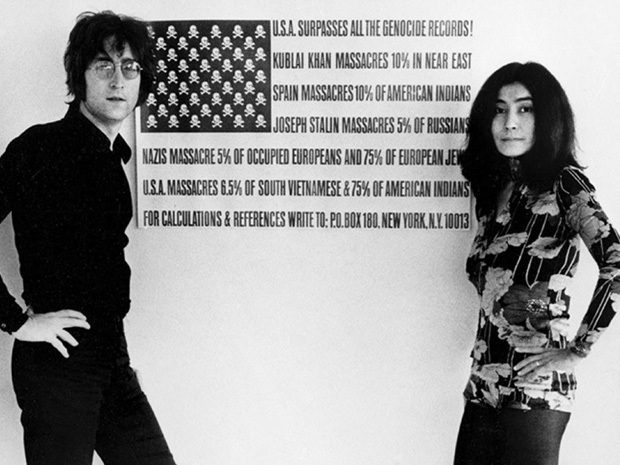 Guatemalan Ex-Dictator Found Guilty of Genocide and Crimes Against Humanity

In a packed courtroom in Guatemala City, Judge Yassmin Barrios said investigators had proven that the regime led by Rios Montt, who is 86, used starvation, mass homicide, dislocation, rape and aerial bombardment as tactics to exterminate the Ixil minority, which it believed to harbor leftist guerrillas.
Barrios gave Rios Montt a 50-year jail term for genocide and an additional 30 years for crimes against humanity...

At the time of Rios Montt’s rule, the United States was engaged in proxy war across Central America in an effort to turn back Cuban-backed leftists in the region. In December 1982, President Ronald Reagan said after meeting with Rios Montt in Honduras that the Guatemalan dictator got a “bum rap” as a human rights violator.

By Robert Parry
The first month of the genocide trial of former Guatemalan dictator Efrain Rios Montt has elicited chilling testimony from Mayan survivors who – as children – watched their families slaughtered by a right-wing military that was supported and supplied by U.S. President Ronald Reagan.
As the New York Times reportedon Monday, “In the tortured logic of military planning documents conceived under Mr. Ríos Montt’s 17-month rule during 1982 and 1983, the entire Mayan Ixil population was a military target, children included. Officers wrote that the leftist guerrillas fighting the government had succeeded in indoctrinating the impoverished Ixils and reached ‘100 percent support.’” 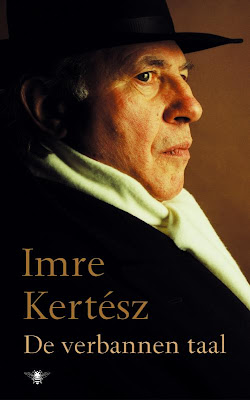 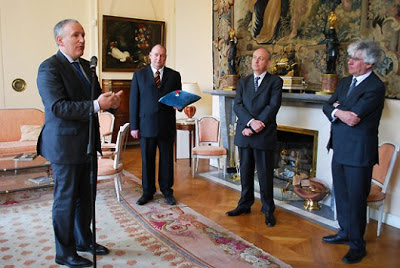 Faith in progress has become a kind of religious faith, a sort of fundamentalism, rather like the market fundamentalism that has just recently crashed en burned. The idea that you can let markets go their way is a delusion, just as the idea that you can let technology go, and that it will solve the problems created by itself in a slightly earlier fase. That has become a belief very similar to the religious delusions that caused some societies to crash and burn in the past.
Zie ook: http://home.planet.nl/~houck006/wright.html

Written records go back about 4000 years, and from 2000 B.C. to the time of Jesus it was normal for all of the countries in the world to periodically cancel the debts when they became too large to pay. So you have Sumer, Babylonia, Egypt and other regions all proclaiming these debt cancellations, and the effect was to make a clean slate so that society would begin all over again. This was easy to do in a society were most debts were owed to the state. It became much harder to do when enterprise and credit passed out of the hands of the state into private hands, and into the hands of an oligarchy,

The collapse seems to have been closely linked to ecological devastation which led to all sorts of social and economic and military problems. In the early stages of the Roman Republic you had a fairly egalitarian land owning system. The peasants had acces to public land, but as the Roman State became more powerful and the lords and the generals began to appropriate public land for their own private estates more and more peasants became landless. All the same time erosion was a serious problem, so bad that some of the Roman ports silted up with all the topsoil that got washed down from the fields into the rivers. And archeologists have been able to establish how badly degraded much of Italy was by the fall of the Roman Empire, and how it took a thousand years for the much reduced population during the Middle Ages to rebuild their fertilty.

What was absolutely new in the Roman Empire was irreversible concentration of wealth at the top of the economic pyramid. And that has meant progress ever since. Progress is meant that you will never get back what we take from you. That was what brought on the Dark Ages and that is what threatens to bring in the Dark Ages again, if society does not realize that if it let's the wealth concentrate in the hands of the financial class this class is not going to be any more intelligent on the long term in disposing of the wealth as their predecessors were in Rome and other countries, 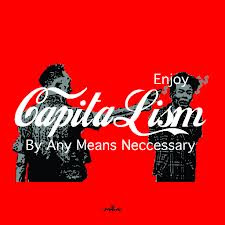 The American Dream of upward mobility is dead, thanks to the neoliberal ministrations of capital and government. But a new dream could rise from the mess left by globalization, off-shoring and austerity.

The continuation of the economic crisis of 2008 up to the present has driven home a social trend that has been evident since the late 1970s, the decline of what is usually called "the middle class" and the accompanying American Dream.

The American Dream is the belief that if you work hard, if you are blessed with at least a modicum of ability and have a little luck, you can succeed. That is, you can rise in society no matter how humble your origin to something better in the way of material well-being, economic security, a settled life and social prestige. It is the dream of upward mobility for oneself, or at least for one's children.
As Richard Wolff has pointed out in Capitalism Hits the Fan: The Global Economic Meltdown and What to do About it, this upward mobility was a reality for most citizens of the United States for several generations, from 1820 to 1970. For 150 years, real wages rose. In the quarter century from 1947 to 1973, average real wages rose an astounding 75 percent. But that shared prosperity came to a halt in the mid '70s. In the next 25 years, from 1979 to 2005, wages and benefits rose less than 4 percent. The sustained rise in standards of living had been made possible by a conjunction of historical circumstances, circumstances that began to reach exhaustion by the mid 1970s.

Post WWII prosperity was based on 1. the global economic dominance of the United States; 2. pent up consumer demand from the depression and war years; 3. supportive social programs; 4. some political clout due to a strong union movement that could demand a share of the prosperity; and 5. Keynesian stimulus (military spending, infrastructure development like the interstate highway system, etc.).

By the mid 1970s, an overaccumulation crisis emerged, reflected in stagflation, which is simultaneous inflation and lack of economic growth. There were insufficient places to profitably invest all the surplus capital that had accumulated during the years of prosperity. The situation was set forth with unusual candor by former IMF Director Jacques de Larosière. In a 1984 policy address, he said:

Over the last four years the rate of return on capital investment in manufacturing in the six largest industrial countries averaged only half the rate earned during the late 1960s.  . . . Even allowing for cyclical factors, a clear pattern emerges of a substantial and progressive long-term decline in rates of return on capital. There may be many reasons for this. But there is no doubt that an important contributing factor is to be found in the significant increase over the past 20 years or so in the share of income being absorbed by compensation of employees . . . This points to the need for a gradual reduction in the rate increase in real wages over the medium term if we are to it restore adequate investment incentives. - Quoted by William I. Robinson in "A Theory of Global Capitalism: Produc­tion, Class, and State in a Transnational World."

In other words, in order to ensure "adequate" profits to capital, workers' incomes had to be curtailed.

The policies that made this suppression of incomes possible came to be called neoliberalism, a public ideology represented by President Ronald Reagan in the United States and Margaret Thatcher in England. It involved a withdrawal of government from directing the economy, leaving it instead to market forces. This meant deregulation, privatization of the commons and free trade. And that required weakening the collective hand of workers by an assault on unions and social benefits so as to strengthen the hand of capital.

"Free trade" policies of our political elite were a key part of the neoliberal offensive against labor. Trade agreements like NAFTA promoted the export of entry-level jobs to low-wage countries of the global South. With globalization, beginning in the 1980s, those entry-level industrial jobs that had made mobility into middle-income levels possible were the first jobs to be sent offshore, where they could be performed by low-wage workers in the Third World. For instance, hourly compensation costs in manufacturing (wages plus benefits) amount to $1.50 or less in China, compared with $33.50 in the United States. The Economic Policy Institute has recently calculated that in the last decade alone, US trade with China has cost us 2.7 million jobs.

Globalization was "the fix"

The globalization of capital was the fix that was found for the crisis of overaccumulation. Investment was sent abroad to low-wage areas of the global South where goods could be produced cheaply and then sold to higher-income consumers in the North. By 2008, 48 percent of all sales by the top 500 US corporations were items produced abroad, as can be readily verified by looking at the "Made in . . ." labels on clothing, electronics, automobiles and myriad other consumer goods. Even more ominously, opportunities for investment were opened up by free-trade agreements like NAFTA and later the World Trade Organization (WTO). At the same time, the bargaining power of US labor was curtailed by capital's threat to move production abroad along with a government-endorsed campaign against unions. This restored corporate profits, but stagnated working Americans' wages. The Organisation for Economic Co-operation and Development (OECD) now reports that the United States has the lowest rate of upward mobility of all industrialized countries. It is even seeing downward mobility.

Witness the decline in entry level wages. From 2001 to 2008, entry-level pay for high school graduates declined by 4 percent. For college graduates, the decline was 7 percent. For example, when my son graduated in computer networking from a community college in 1997, his first job was with Sylvan learning Center. Fifteen years later, his son graduated from a university, and a classmate got the very same job - at exactly the same salary of $37,000! Allowing for inflation, Sylvan now gets a university graduate for less than it used to pay for a graduate of a two-year program.

In recent decades, the economy has grown, and there was a gain in total wealth. But where did it go? From 1983 to 2008, total GDP grew from $6.1 trillion to $13.2 trillion in constant 2005 dollars. The unequal distribution of the total wealth gain during this period is revealing. The wealthiest 5 percent of American households captured 81.7 percent of the gain. The bottom 60 percent of households not only failed to share in the overall increase, they suffered a 7.5 percent loss. Some of what the top 1 percent gained came directly from that bottom 60 percent. 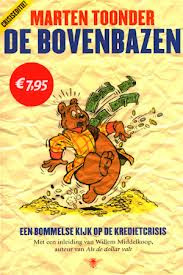