Egypt Prepares For Worst Ahead Of Sunday Protest

A Day With The Cavalcantes

258
143
18
1546
GET MEDIA NEWSLETTERS:
SUBSCRIBE
FOLLOW:
Glenn Greenwald, Glenn Greenwald Next Story, Glenn Greenwald Nsa, Glenn Greenwald Nsa Cell Phone Calls, Glenn Greenwald Nsa Surveillance, Glenn Greenwald Socialism Conference, nsa, Nsa Cell Phone Calls, Nsa Phone Calls, Nsa Surveillance, Media News
Guardian journalist Glenn Greenwald says he has another big scoop about the National Security Agency's surveillance practices up his sleeve.
Speaking over Skype to the Socialism Conference in Chicago, Greenwald claimed that the NSA has the ability to store one billion phone calls each day.
Greenwald's reporting earlier this month sparked the scandal over NSA surveillance practices that is currently plaguing the Obama administration. The stories were based on classified documents leaked to him by former NSA contractor Edward Snowden, and Greenwald indicated Friday night that he's sitting on several more -- one of which he decided to talk about even though his story on it hasn't been published yet.
"It talks about a brand new technology that enables the national security agency to redirect into its own repositories one billion cell phone calls every single day. One billion cell phone calls every single day," he said.
"But what we're really talking about here is a localized system that prevents any form of electronic communication from taking place without its being stored and monitored by the National Security Agency," Greenwald continued. "It doesn't mean that they're listening to every call, it means they're storing every call and have the capability to listen to them at any time, and it does mean that they're collecting millions upon millions upon millions of our phone and email records."
Watch Greenwald's talk in full above.
http://www.huffingtonpost.com/2013/06/29/glenn-greenwald-nsa-cell-phone-calls_n_3520424.html
op juni 29, 2013 Geen opmerkingen: 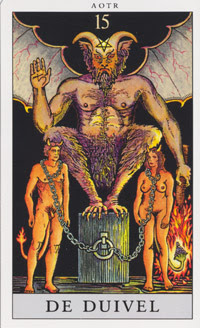 Ecuador's foreign minister Ricardo Patino (centre left). Snowden's asylum request has yet to be processed. Photograph: Edgar Su/Reuters
Ecuador has ramped up its defiance of the US over Edward Snowden by waiving preferential trade rights with Washington even as the whistleblower's prospect of reaching Quito dimmed.
President Rafael Correa's government said on Thursday it was renouncing the Andean Trade Preference Act to thwart US "blackmail" of Ecuador in the former NSA contractor's asylum request.
Officials, speaking at an early morning press conference, also offered a $23m donation for human rights training in the US, a brash riposte to recent US criticism of Ecuador's own human rights record.

Edward Snowden. Photograph: Guardian
Betty Tola, the minister of political coordination, said the asylum request had not been processed because Snowden, who is believed to be at Moscow airport, was neither in Ecuador nor at an Ecuadorean embassy or consulate. "The petitioner is not in Ecuadorean territory as the law requires."
Tola also said Ecuador had not supplied any travel document or diplomatic letter to Snowden, who is reportedly marooned in Moscow airport's transit lounge because his US passport has been invalidated.
A document leaked to Univision on Wednesday showed that someone at Ecuador's consulate in London did issue a safe conduct pass for the fugitive on June 22, as he prepared to leave Hong Kong. The name of the consul general, Fidel Narvaez, was printed but not signed.
Tola said it was unauthorised: "Any document of this type has no validity and is the exclusive responsibility of the person who issued it."
The renunciation underlined divisions within Ecuador's government between leftists who have embraced Snowden as an anti-imperialist symbol and centrists who fear diplomatic and economic damage.
Some in the government are believed to be annoyed that Julian Assange, the WikiLeaks founder who has sheltered at Ecuador's London embassy to avoid extradition, has seized the limelight in the Snowden saga. Assange caught Quito by surprise last week when he announced Snowden had been given a safe conduct pass. Quito replaced its ambassador to London earlier this month in hope of better managing its famous guest.
The waiving of preferential trade rights followed threats from members of the US congress to drop the ATPA in July, when it is due for renewal, unless Ecuador toed the line on Snowden.
"Ecuador does not accept pressure or threats from anyone, nor does it trade with principles or submit them to mercantile interests, however important those may be," said Fernando Alvarado, the communications secretary.
"Ecuador gives up, unilaterally and irrevocably, the said customs benefits."The announcement will enhance President Correa's reputation as a bold leader unafraid to defy the US, just like the late Venezuelan president, Hugo Chávez.
Tactical calculation lay behind the decision. Even before the Snowden affair Quito feared losing the trade preferences, largely because of Republican antipathy to Ecuador's outspoken socialist leader.
"The Ecuadorans got word that renewal of ATPDEA was a long shot in any case, so instead of waiting for rejection, they took the initiative and the high road," said Michael Shifter, of the Inter-American Dialogue.
Correa loved a fight and was responding to perceived US hypocrisy and heavy-handedness, said Shifter. But the president had showed caution in refraining, so far, from granting Snowden asylum. "He appears to be weighing the political and public relations benefits against the real consequences for Ecuador's economy, should he grant the asylum request."
Juan Carlos Calderon, the editorial of Vanguardia, a weekly which has had its offices raided and staff threatened in disputes with the president, said Correa's firebrand image masked shrewd, pragmatic calculation.
Even before the Snowden affair the president tried to soothe Ecuadoreans that losing the trade preferences, which exclude thousands of products such as roses, tuna and broccoli from export duty, would have a small impact.Not all are convinced. "This will have serious consequence for Ecuadorean producers," said Ramiro Crespo, director general of Analytica Investments, a Quito-based consultancy.
"These products which are exported to the United States have become major industries in Ecuador. If commerce is restricted there's going to be unemployment … This does not penalise the government, it penalises the people."
Additional reporting by Dan Collyns
http://www.guardian.co.uk/world/2013/jun/27/ecuador-us-trade-pact-edward-snowden
op juni 28, 2013 Geen opmerkingen: