It’s a year of reckoning for CNN

Kara Swisher investigates power: who has it, who’s been denied it, and who dares to defy it.

It’s a year of reckoning for CNN. After an outrage-fueled uptick in viewership during the Donald Trump era, the network is fighting a ratings slump and bracing for the exit of its longtime president, Jeff Zucker. The departing anchor Brooke Baldwin blasted the network’s culture last week as male-dominated and a bit of a boys’ club — a claim “CNN Tonight” host Don Lemon disputes in this conversation with Kara Swisher.

Lemon has been at the network for over a decade and built his brand with a prime-time slot that has been called therapy for Trump haters. His approach is emblematic of an era in which the American media diet has shifted from a wholesome balanced meal (think Walter Cronkite) to a sugar-laden hash of angry prime-time programming (think Fox News). CNN is somewhere in the middle. And no one else at the network sighs with as much exasperation or rants quite as well as Don Lemon does.

Kara and Lemon discuss what is behind this exasperation, whether cable news will become more or less personality-driven with time and how CNN will emerge from its post-Trump slump. They also discuss Lemon’s new book, “This Is the Fire: What I Say to My Friends About Racism.”

Pentagon creates MICROCHIP that will detect Covid-19 under your skin

Medical researchers working for the Pentagon have claimed to have created a microchip that can identify viruses like Covid-19 if they are under your skin.

Retired Army Col. Dr. Matt Hepburn, an infectious disease physician, told ‘60 Minutes’ that the microchip acts like a “check engine” light for people, but does not track their every movement, which has been central to online conspiracy theories about Covid-19 vaccinations.

The technology was developed by the Defense Advanced Research Projects Agency (DARPA), which operates under the Pentagon. Hepburn’s interview was conducted on the USS Theodore Roosevelt, where last year over 1,200 crew members tested positive for Covid-19, something Hepburn claims this microchip could prevent in the future.

ALSO ON RT.COMCovid-19 vaccine STILL does not mean you can ‘eat and drink indoors’, Fauci says, prompting Rand Paul to call him a ‘petty tyrant’

The microchip, which is not in widespread use beyond the Defense Department, is embedded under the skin in a tissue-like gel and continuously tests the recipient's blood for evidence of a virus, like Covid-19. Once detected, it alerts the carrier they must immediately get a blood test.

“It’s a sensor,” Hepburn said. “That tiny green thing in there, you put it underneath your skin and what that tells you is that there are chemical reactions going on inside the body and that signal means you are going to have symptoms tomorrow.”

He went on to claim that the early detection technology could “stop the infection in its tracks.”

Another bit of technology highlighted during the ‘60 Minutes’ segment that could directly affect viruses like Covid was a dialysis machine that would be used to filter and detox blood and then reinsert the blood into a patient until the virus is removed from the body.

A military spouse dubbed ‘Patient 16’ reportedly went through this process after going through a serious illness that caused septic shock and organ failure. After four days of treatment, researchers claim she made a full recovery.

“For us, at DARPA, if the experts are laughing at you and saying it’s impossible, you’re in the right space,” Hepburn said.

Holy Shit: CNN has shed more than half its viewers since Biden

worked to get Trump out of office is 'shocking'

CNN has been hemorrhaging viewers since President Biden took office, with ratings down more than 50 percent in multiple categories since Inauguration Day.

The liberal network spent years attacking former President Donald Trump and the network thrived during his final days in office amid a brief post-election spike. CNN averaged 2.2 million viewers during the first three weeks of 2021, but it has averaged just one million viewers since Biden took office, a staggering decline of 54 percent.

CNN’s struggles are even more prominent among the key advertising demographic of adults age 25-54, with a drop of 60 percent. It averaged 617,000 demo viewers from Dec. 28 through Inauguration Day but only 244,000 since Biden entered the White House.

CNN’s liberal primetime hosts Anderson Cooper, Chris Cuomo and Don Lemon haven’t been able to keep their audiences under the new administration, either.

CNN averaged 3.1 million viewers from 8-11 p.m. from Dec. 28 through Inauguration Day but only 1.4 million since for a whopping 55-percent decline. Over the same time period, CNN’s primetime lineup lost 63 percent of its viewers among the crucial demo.

While January was a jam-packed news month with the Capitol riots and Trump challenging the 2020 election results, CNN’s mass exodus was significant even when compared to liberal MSNBC.

MSNBC lost 34 percent of its total-day viewers and 30 percent during primetime under Biden, while Fox News has retained most of its audience with single-digit declines.

CNN’s major viewership decline would typically be the sort of thing to alarm staffers, but Lemon said he cares more about who is in the White House than the success of his network.

During an interview on the New York Times podcast "Sway," host Kara Swisher asked Lemon if he was "worried about the viewership fizzle."

"No. I’m not worried about it ... Trump was a horrible person. And he was terrible for the country. And it is better for all — for the world that he is no longer the President of the United States," Lemon said. "So if that means that cable news ratings go down? Aww. So I’m not really that concerned about it. I would prefer that my ratings go down and Trump not be in office than my ratings be sky-high and him be there. That’s the honest truth."

Fox News is on pace to be the most-watched cable news network for the second month in a row among both total day and primetime viewers.

Fox News’ Joseph A. Wulfsohn contributed to this report.

Could the Philippines Drag the US Into War with China?

Tensions are rising again between the Philippines and the People’s Republic of China (PRC) over rival claims to small islands and their surrounding waters in the South China Sea. The latest incident began in late March when more than 200 Chinese "fishing vessels" arrived at Whitsun Reef, which Manila calls Juan Felipe Reef – a maritime structure that it insists lies located within the country’s 200-mile exclusive economic zone. The Chinese ships have continued to linger, supposedly because of rough seas caused by adverse weather conditions.

Philippines’ Defense Secretary Delfin Lorenzana scorned that explanation, noting that the weather had been fine throughout most of the period. He also challenged the official status of the ships as fishing vessels, charging that they were manned by armed militias. “The continued presence of Chinese maritime militias in the area reveals their intent to further occupy (areas) in the West Philippine Sea,” Lorenzana said in a statement, using Manila’s name for the South China Sea. The Philippines government also responded to the presence of the ships by sending fighter planes to shadow the fleet.

The United States has quickly injected itself into the dispute. Secretary of State Antony Blinken emphatically took Manila’s side in a statement on Twitter. "The United States stands with our ally, the Philippines, in the face of the PRC’s maritime militia amassing at Whitson Reef," he stated, emphasizing that. "We will always stand by our allies and stand up for the rules-based international order." Antiwar.com analyst Dave DeCamp notesthat in an earlier telephone call with Philippines’ Foreign Affairs Secretary Teodoro Locsin Jr., Blinken emphasized Washington’s solidarity with its longtime treaty ally, including on the South China Sea territorial disputes. Indeed, he "made it clear that any incident between the Philippines and Beijing in the South China Sea could bring the US into war. According to a readout of the call, Blinken ‘stressed the importance of the Mutual Defense Treaty for the security of both nations, and its clear application to armed attacks against the Philippine armed forces, public vessels, or aircraft in the Pacific, which includes the South China Sea.’" One regional observer, Mark J. Valencia, a scholar at the National Institute of South China Sea Studies in Haikow, China, accuses the Biden administration of outdoing even its predecessor in terms of "bluff and bluster" regarding the South China Sea.

The Biden administration’s position certainly is unwise and potentially dangerous. Apparently confident of U.S. military backing, the Philippines government is taking a tough stance against its much larger, more powerful neighbor. Aides to President Rodrigo Duterte warned Beijing on April 5 that the continued presence of PRC ships at Whitsun Reef would damage bilateral ties and even lead to "unwanted hostilities." Presidential spokesman Harry Roque bluntly told a news conference: “We will not give up even a single inch of our national territory or our exclusive economic zone (EEZ).” It is unlikely that a tiny country like the Philippines would be so bold if it did not assume that it had the powerful US military in its corner. Washington is giving Manila every reason to make that assumption. The United States has now deployed an aircraft carrier strike group in the South China Sea as tangible evidence of support for its ally.

Flirting with an armed clash with China would be imprudent even if the United States had significant interests at stake in the territorial dispute between the Philippines and the PRC. But the involvement of genuine American interests in that quarrel is minimal at most.

As a general matter, it is a very bad idea to encourage small allies or clients to take a jingoistic stance against a much larger, more powerful adversary. Indeed, it’s a textbook example of creating a situation in which a volatile client state can drag its patron into an unwanted and utterly unnecessary war. The most tragic historical example of that process is how Russia’s support for Serbia in 1914 encouraged Belgrade to defy Austria-Hungary’s demands following the assassination of Archduke Franz Ferdinand by a Serbian nationalist. Since Imperial Germany, the single strongest country in Europe, was backing Vienna’s demands, the stage was set for a war that engulfed the continent and killed millions.

A war between the United States and China likely would be at least that bad. Taking such a risk over even important issues is questionable enough. Doing so to support a small client state, and one headed by the notoriously volatile Rodrigo Duterte, over a petty territorial squabble would be the operational definition of irresponsible. The Biden administration needs to back away from its ally’s claims and make it very clear to Manila that the United States is not going to risk a war with the PRC over such stakes.

Ted Galen Carpenter, a senior fellow in security studies at the Cato Institute, is the author of 12 books and more than 900 articles on international affairs. 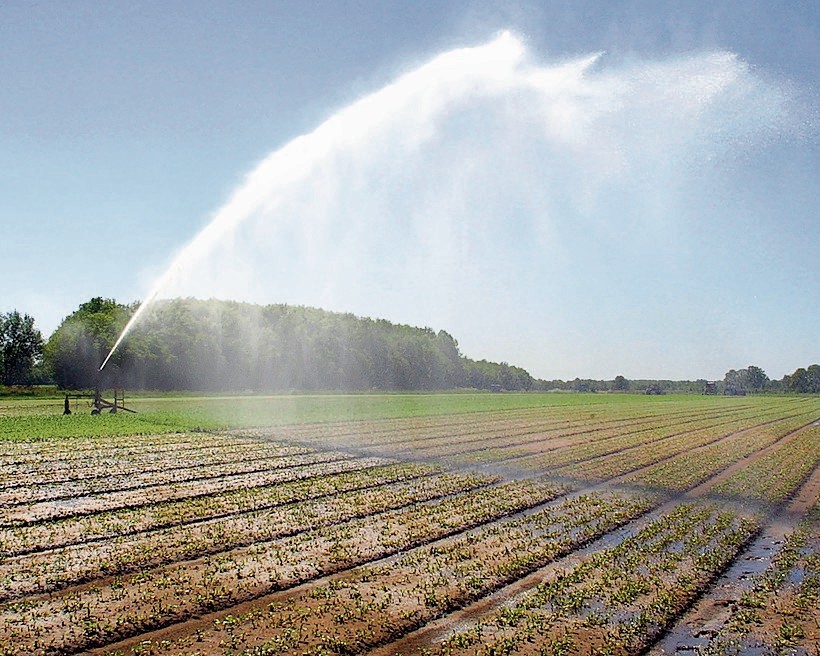