An Eternity of Anti-Semitism

Pence and the Benjamins: An Eternity of Anti-Semitism 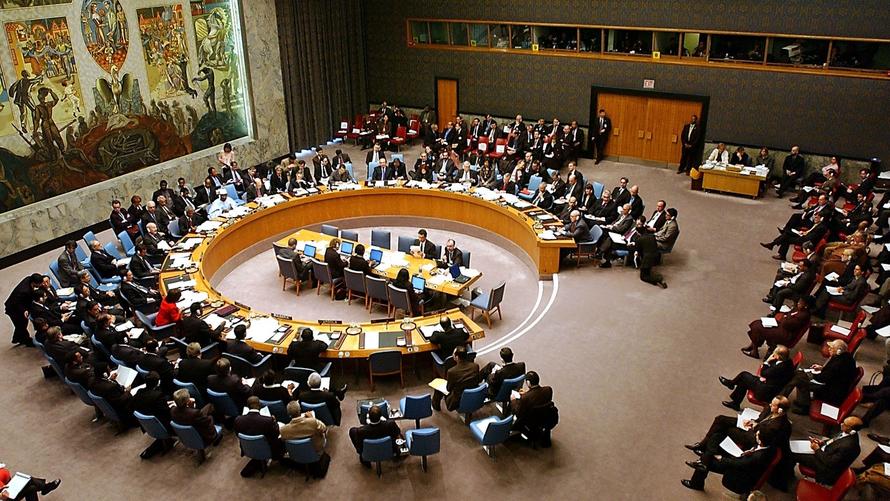 United Nations Security Council meeting at its headquarters in New York
The idea of collective security is an integral segment of Public International Law based on the notion that aggression can best be resisted by united action taken by a number of states but covered by the international law at least to a certain extent. The idea was also the foundational principle of the League of Nations between two world wars and as such became incorporated into the UN Charter. The theory of collective security is based on the assumption that war and international conflict are rooted in the insecurity and uncertainty of power politics. The idea, in other words, suggests that states have the capacity either to deter aggression in the first place or to punish the transgressor if international law and order are not respected, i.e. violated.
However, successful collective security is mainly on direct dependence on three conditions:
Nevertheless, both ideas of “humanitarian intervention” and collective security became brutally misused by the US’ administration at the time of the New World Order. In general, World Order after the fall of the Berlin Wall in 1989 has been interpreted in various ways but the very fact is that a bipolar world order after 1945 became replaced by a unipolar world order, named by the 41st US’ President George Bush (Senior) as New World Order, based on the USA as a hyperpower state. This new position of old imperial power in New World Order was tried to be largely defined by alleged War on Terror proclaimed by the 43rd US’ President George W. Bush (Junior) after 9/11 (2001) declaratively sought to combat forces perceived to underpin the threat of global terrorism but in essence in order to make as stronger as a position of the US as a world policeman. However, and fortunately, the rise of new powers (primarily Russia and China), the growing influence of non-state actors in global politics followed by the changing nature of power is leading toward a new form of multipolar structure.
It is clear that modern Public International Law prohibits any form of armed intervention, except when it is authorized by the UNSC for the purpose to apply forced measures in order to establish international peace and security. In addition, every form of armed intervention or threat, including and humanitarian reasons, due to the systematic violation of internationally protected human rights, represents one of the most flagrant forms of the use of force and, therefore, it is treated by the law as a war, and prohibited as such. Legally, the undertaking of such military action represents, according to Public International Law, the aggression of one or more states against another state or states. The UN Charter is quite clear that an obligation is imposed on all states not to use threat of force or the force itself against the territorial integrity and political independence of any state and, therefore, no state has the right to intervene directly or indirectly in the internal and external affairs of another states or group of states. It has to be clearly emphasized that this prohibition refers particularly to armed measures but also to other forms of intervention that is forced measures in both political and economic area (for example, to impose economic sanctions). The international law as well as condemns subversive activities prepared or performed in the territory of one state against the Government of another state or for the purpose of participating in civil war in that state as it was the case, for instance, of preparing subversive activities against Serbia on the territory of neighboring Albania during the 1998−1999 Kosovo War including and recruitment, training and sending paramilitary troops of the KLA across the border to combat against regular and legitimate security forces of one independent and sovereign state.
However, the policymakers of the post-Cold War US’ global hegemony claim that Public International Law, at least from the point of morality, leaves room for possible use of force against a sovereign state for the purpose of protection of human rights or the implementation of every legal right which belongs to states. According to their interpretation, “humanitarian interventions” are morally justified and even legal by the international law as the purpose of these military interventions is not to harm territorial integrity or political independence of states but rather to protect human rights which are internationally guaranteed. In spite of this, the American warmongers will not recognize the truth that any violation of international peace, including and for the “humanitarian” purposes, is automatically against Public International Law and being in opposition to the UN goals. These positions are also confirmed by the UN General Assembly in 1970 when it was proclaimed that every state has the duty not to use threat or/and violence as a way to resolve the disputes. We have not to forget that according to the UN Charter it is prohibited for the UN to interfere in issues which are strictly the area of activity of the internal jurisdiction of every state. The exception from this prohibition can be only the cases of internal conflicts which threaten global peace but even in these cases, the military intervention can be applied in order to obtain its legal basis only after the authorization by the UNSC.

The question of which kind of war can be accepted as just or unjust war is in direct connection to the problem of the R2P and the wars of “humanitarian interventions”. Shortly, if we are dealing with just war it means that we are dealing with the legitimate use of force. All other types of wars are automatically unjust wars. A just war, legally speaking, is considered to be one that is fought in self-defense under Article 51 of the UN Charter. It is generally agreed that there is a set of mutually accepted rules of combat between belligerents of equal status. By the same logic, an unjust war is considered one that is characterized by illegal intervention – aggression. 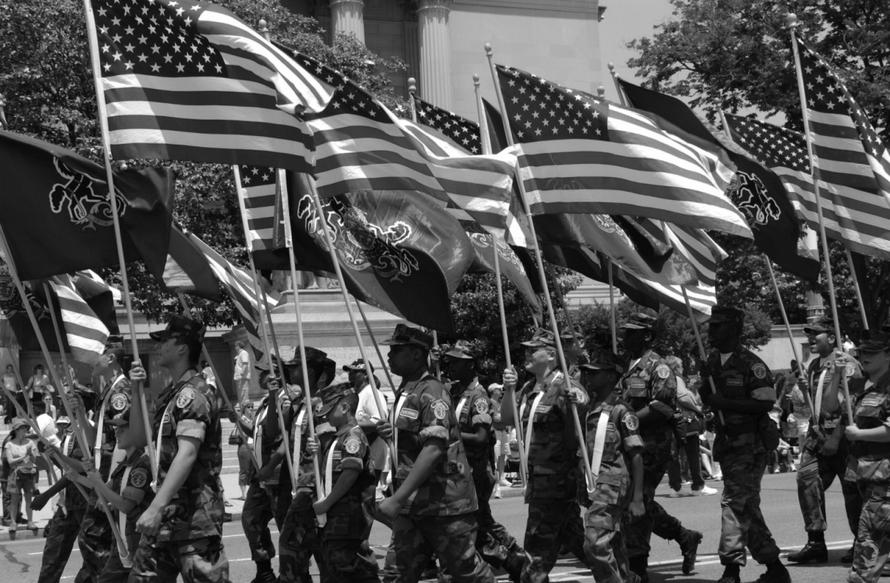 It is true that the concept of just war has a long history. It was part of Roman law, Christian encyclicals, and scholastic tradition. However, in modern times, what constitutes a just or unjust war is much more subject to various interpretations and vigorous debate. Nevertheless, theoretically, just war is guided by seven principles summed up by Hugo Grotius (1583−1645) who drew on the work of several medieval Roman Catholic theologians:
The first principle (jus ad bellum) practically means that a war is considered just only if it is initiated in self-defense. Self-defense can, however, entail the use of aggressive force. We also have to keep in mind that aggressive action is not necessarily an unjust war if it is undertaken in response to a violation of territory, an insult to national honor, a trade embargo, or even a threat to an ally. Aggressive war is considered permissible only if its purpose to retaliate against a wrong already perpetrated by another party or to prevent such a wrong from recurring. If a Government effectively represents the people within its jurisdiction, it has more right to respond to a hostile action than if it is a Government that rules its citizens under pressure. A just war has to have a reasonable chance of meeting with success. Otherwise, what began as a war for a just cause would have become an unjust war because of the result as it was the case, for instance, with NATO’s “humanitarian intervention” in Kosovo in 1999 which resulted in humanitarian catastrophe.
To be continued...
https://www.zerohedge.com/news/2019-02-15/humanitarian-intervention-and-new-world-order-part-2
op februari 16, 2019 Geen opmerkingen: 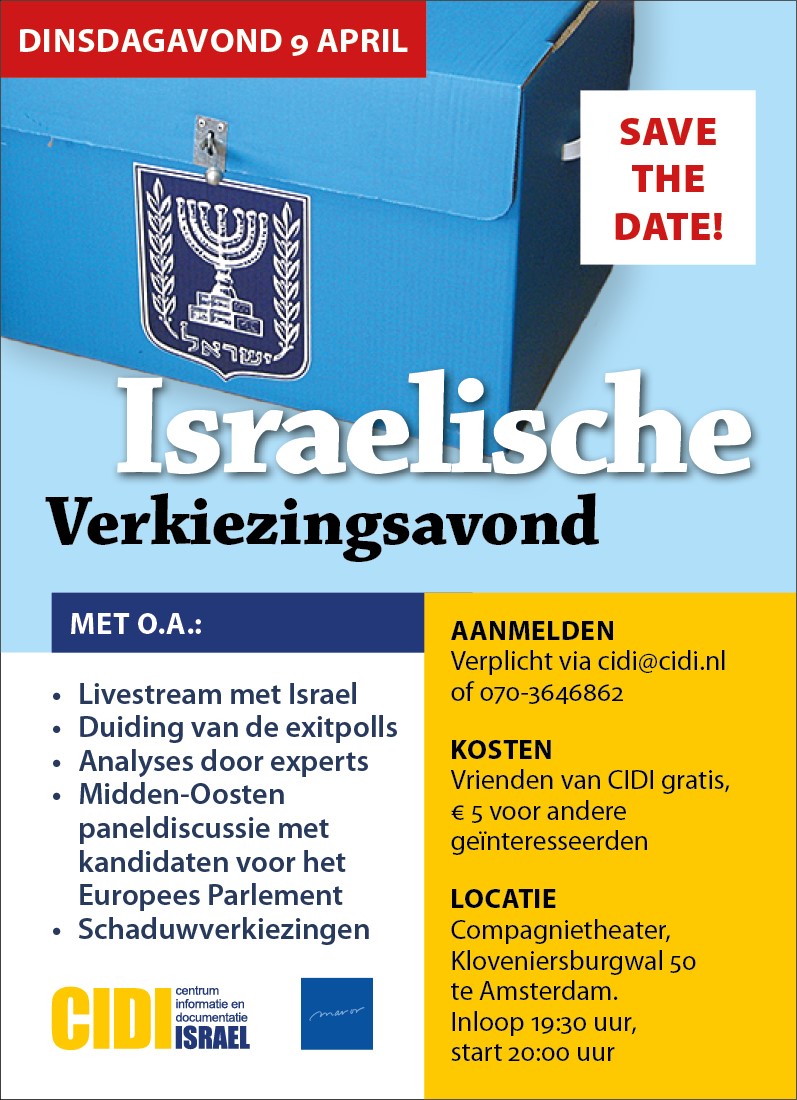