"This Should Not Come as a Surprise": Bill McKibben on Global Extreme Weather from U.S. to Sochi

While governors have declared states of emergency from Louisiana to New Jersey due to the massive snow and ice storm, other examples of extreme weather are being seen across the globe. California is facing possibly its worst drought in 500 years. In Russia temperatures have topped 60 degrees Fahrenheit at the Winter Olympic in Sochi. Meanwhile in Britain, gusts of more than 100 miles per hour lashed western England and Wales overnight, and in London the Thames has risen to its highest level in decades. "This is the kind of crazy weather that scientists said will mark the advent of climate change in its early stages," says 350.org co-founder Bill McKibben. "And it should be the warning that we need to actually do something, but so far our leaders haven’t taken up that challenge." This is a rush transcript. Further Reading: http://www.democracynow.org/2014/2/13/this_should_not_come_as_a
op februari 15, 2014 Geen opmerkingen:

America has a serious “We” problem — as in “Why should we pay for them?”
The question is popping up all over the place. It underlies the debate over extending unemployment benefits to the long-term unemployed and providing food stamps to the poor.
It’s found in the resistance of some young and healthy people to being required to buy health insurance in order to help pay for people with preexisting health problems.
It can be heard among the residents of upscale neighborhoods who don’t want their tax dollars going to the inhabitants of poorer neighborhoods nearby.
The pronouns “we” and “they” are the most important of all political words. They demarcate who’s within the sphere of mutual responsibility, and who’s not. Someone within that sphere who’s needy is one of “us” — an extension of our family, friends, community, tribe – and deserving of help. But needy people outside that sphere are “them,” presumed undeserving unless proved otherwise.
The central political question faced by any nation or group is where the borders of this sphere of mutual responsibility are drawn.
Why in recent years have so many middle-class and wealthy Americans pulled the borders in closer?
The middle-class and wealthy citizens of East Baton Rouge Parish, Louisiana, for example, are trying to secede from the school district they now share with poorer residents of town, and set up their own district funded by property taxes from their higher-valued homes.
Similar efforts are underway in Memphis, Atlanta, and Dallas. Over the past two years, two wealthy suburbs of Birmingham, Alabama, have left the countywide school system in order to set up their own.
Elsewhere, upscale school districts are voting down state plans to raise their taxes in order to provide more money to poor districts, as they did recently in Colorado.
"Why should we pay for them?" is also reverberating in wealthy places like Oakland County, Michigan, that border devastatingly poor places like Detroit.
"Now, all of a sudden, they’re having problems and they want to give part of the responsibility to the suburbs?" says L. Brooks Paterson, the Oakland County executive. “They’re not gonna talk me into being the good guy. ‘Pick up your share?’ Ha ha.”
But had the official boundary been drawn differently so that it encompassed both Oakland County and Detroit – say, to create a Greater Detroit region – the two places would form a “we” whose problems Oakland’s more affluent citizens would have some responsibility to address.
What’s going on?
One obvious explanation involves race. Detroit is mostly black; Oakland County, mostly white. The secessionist school districts in the South are almost entirely white; the neighborhoods they’re leaving behind, mostly black.
But racisim has been with us from the start. Although some southern school districts are seceding in the wake of the ending of court-ordered desegregation, race alone can’t explain the broader national pattern. According to Census Bureau numbers, two-thirds of Americans below the poverty line at any given point identify themselves as white.
Another culprit is the increasing economic stress felt by most middle-class Americans. Median household incomes are dropping and over three-quarters of Americans report they’re living paycheck to paycheck.
It’s easier to be generous and expansive about the sphere of ”we” when incomes are rising and future prospects seem even better, as during the first three decades after World War II when America declared war on poverty and expanded civil rights. But since the late 1970s, as most paychecks have flattened or declined, adjusted for inflation, many in the stressed middle no longer want to pay for “them.”
Yet this doesn’t explain why so many wealthy America’s are also exiting. They’ve never been richer. Surely they can afford a larger “we.” But most of today’s rich adamantly refuse to pay anything close to the tax rate America’s wealthy accepted forty years ago.
Perhaps it’s because, as inequality has widened and class divisions have hardened, America’s wealthy no longer have any idea how the other half lives.
Being rich in today’s America means not having to come across anyone who isn’t. Exclusive prep schools, elite colleges, private jets, gated communities, tony resorts, symphony halls and opera houses, and vacation homes in the Hamptons and other exclusive vacation sites all insulate them from the rabble.
America’s wealthy increasingly inhabit a different country from the one “they” inhabit, and America’s less fortunate seem as foreign as do the needy inhabitants of another country.
The first step in widening the sphere of “we” is to break down the barriers — not just of race, but also, increasingly, of class, and of geographical segregation by income — that are pushing “we Americans” further and further apart.
http://robertreich.org/post/76654089293
op februari 15, 2014 1 opmerking:

Exclusive: As a U.S. senator and Secretary of State, Hillary Clinton often followed a neocon-style foreign policy, backing the Iraq War, teaming up with Defense Secretary Robert Gates on an Afghan War “surge,” and staking out an even more hawkish stance than Gates on Libya, Robert Parry reports.
By Robert Parry

Most Democratic power-brokers appear settled on Hillary Clinton as their choice for President in 2016 – and she holds lopsided leads over potential party rivals in early opinion polls – but there are some warning flags flying, paradoxically, hoisted by former Defense Secretary Robert Gates in his praise for the former First Lady, U.S. senator and Secretary of State.
On the surface, one might think that Gates’s glowing commendations of Clinton would further burnish her standing as the odds-on next President of the United States, but strip away the fawning endorsements and Gates’s portrait of Clinton in his new memoir, Duty, is of a pedestrian foreign policy thinker who is easily duped and leans toward military solutions.

Investigative reporter Robert Parry broke many of the Iran-Contra stories for The Associated Press and Newsweek in the 1980s. You can buy his new book, America’s Stolen Narrative, either in print here or as an e-book (from Amazon and barnesandnoble.com). For a limited time, you also can order Robert Parry’s trilogy on the Bush Family and its connections to various right-wing operatives for only $34. The trilogy includes America’s Stolen Narrative. For details on this offer, click here. 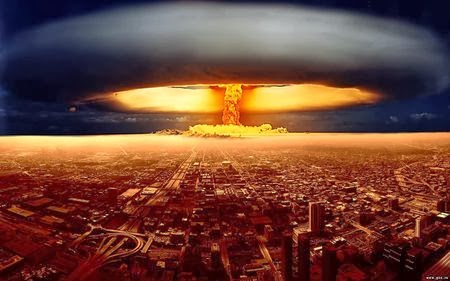 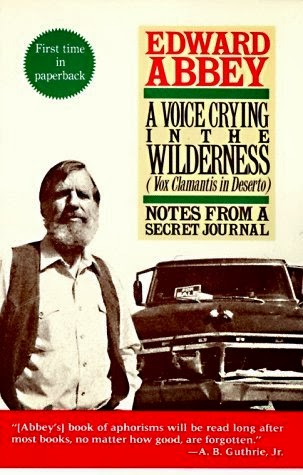 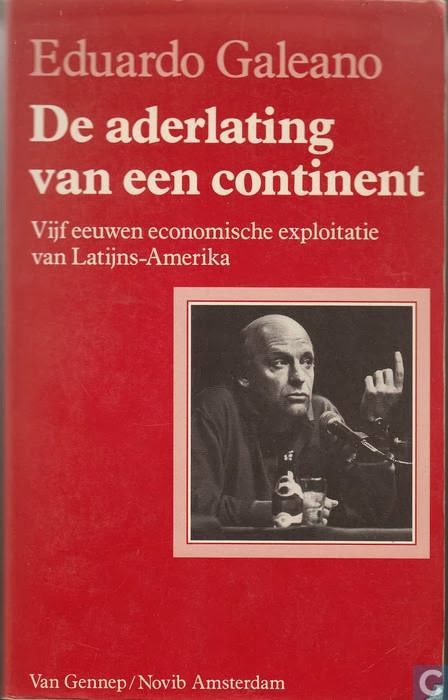 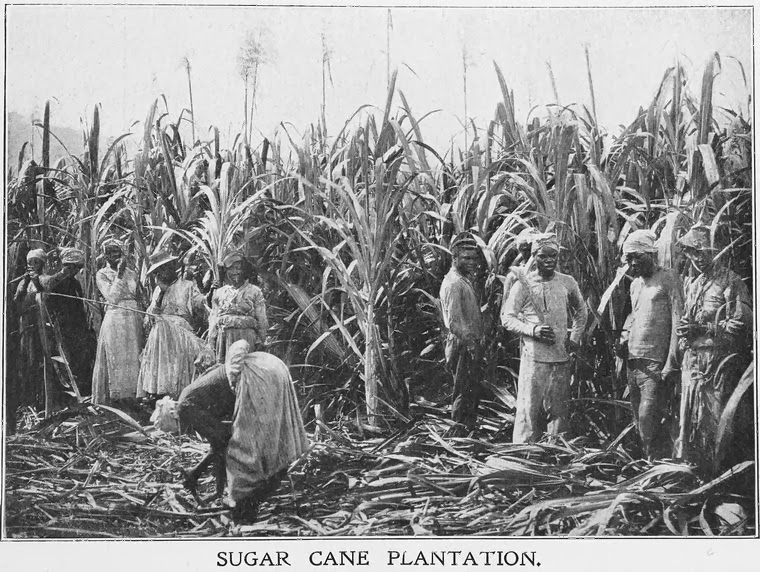 There is no question that the epic crime committed in Iraq has burrowed into public consciousness. Many recall that Shock and Awe was the extension of a murderous blockade imposed for 12 years by Britain and the US and suppressed by much of the 'mainstream' media, including the BBC. Half a million Iraqi infants died as a result, according to Unicef. I watched children dying in hospitals denied basic pain-killers.
Ten years later, in New York, I met the senior British official responsible for these 'sanctions.' He is Carne Ross, once known in the UN as 'Mr. Iraq.' He is now a truth-teller. I read to him a statement he had made to a parliamentary selection committee in 2007: 'The weight of evidence clearly indicates that sanctions caused massive human suffering among ordinary Iraqis, particularly children. We, the US and UK governments, were the primary engineers and offenders of sanctions and were well aware of the evidence at the time, but we largely ignore it and blamed it on the Saddam government. [We] effectively denied the entire population a means to live.'
I said to him: 'That's a shocking admission.'
'Yes, I agree,' he replied. 'I feel ashamed about it ...' He described how the Foreign Office manipulated a willing media. 'We would control access to the foreign secretary as a form of reward to journalists. If they were critical, we would not give them the goodies of trips around the world. We would feed them factoids of sanitized intelligence, or we'd freeze them out.'
In the buildup to the 2003 invasion, according to studies by Cardiff University and Media Tenor, the BBC followed the Blair government's line and lies and restricted airtime to those opposing the invasion. When Andrew Gilligan famously presented a dissenting report on 'Today,' he and a director-general were crushed.
The truth about the criminal bloodbath in Iraq cannot be 'countered' indefinitely. Neither can 'our' support for the medievalists in Saudi Arabia, the nuclear-armed predators in Israel, the new military fascists in Egypt and the jihadist 'liberators' of Syria, whose propaganda is now BBC news. There will be a reckoning - not just for the Blairs, Straws and Campbells, but for those paid to keep the record straight.
http://truth-out.org/opinion/item/21787-the-accessories-to-war-crimes-are-those-paid-to-keep-the-record-straight