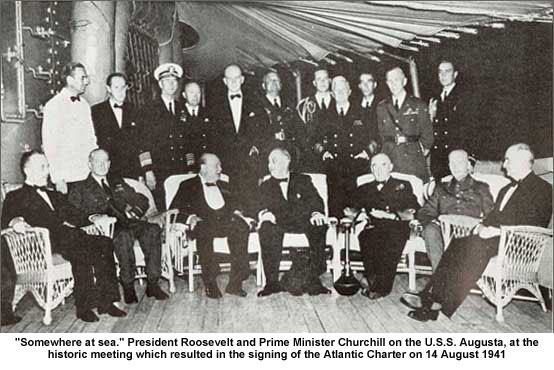 that Guatemala was ‘ruled by a culture of fear,’ and that it held the ‘macabre record for human rights violations in Latin America.’ These violations were partially the result of a particularly brutal counter-insurgency strategy adopted by the government. The ideological narrative that the 1954 coup had represented a battle against communism was often used to justify the violence in the 1980s. Historians have attributed the violence of the civil war to the 1954 coup, and the ‘anti-communist paranoia’ that it generated. The civil war came to an end in 1996, with a peace accord between the guerrillas and the government of Guatemala, which included an amnesty for the fighters on both sides. The civil war claimed the lives of an estimated 200,000 civilians in all.
https://en.wikipedia.org/wiki/1954_Guatemalan_coup_d%27état 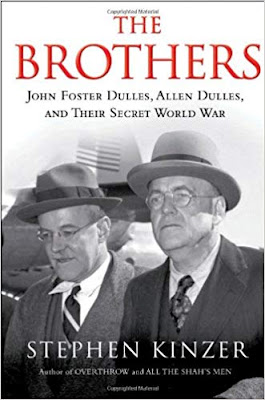 The Dulles brothers overthrew Guatemala’s popular president Arbenz, because his land reform threatened the interest of the Dulles brothers’ Sullivan & Cromwell law firm’s United Fruit Company client. The brothers launched an amazing disinformation campaign depicting Arbenz as a dangerous communist who was a threat to Western civilization. The brothers enlisted dictators such as Somoza in Nicaragua and Batista in Cuba against Arbenz. The CIA organized air strikes and an invasion force. But nothing could happen until Arbenz’s strong support among the people in Guatemala could be shattered. The brothers arranged this through Cardinal Spellman, who enlisted Archbishop Rossell y Arellano. ‘A pastoral letter was read on April 9, 1954 in all Guatemalan churches.’

A masterpiece of propaganda, the pastoral letter misrepresented Arbenz as a dangerous communist who was the enemy of all Guatemalans. False radio broadcasts produced a fake reality of freedom fighter victories and army defections. Arbenz asked the UN to send fact finders, but Washington prevented that from happening. American journalists, with the exception of James Reston, supported the lies. Washington threatened and bought off Guatemala’s senior military commanders, who forced Arbenz to resign. The CIA’s chosen and well paid ‘liberator,’ Col. Castillo Armas, was installed as Arbenz’s successor.

We recently witnessed a similar operation in Ukraine.

President Eisenhower thanked the CIA for averting ‘a Communist beachhead in our hemisphere,’ and Secretary of State John Foster Dulles gave a national TV and radio address in which he declared that the events in Guatemala ‘expose the evil purpose of the Kremlin.’ This despite the uncontested fact that the only outside power operating in Guatemala was the Dulles brothers.

What had really happened is that a democratic and reformist government was overthrown because it compensated United Fruit Company for the nationalization of the company’s fallow (braak liggend. svh) land at a value listed by the company on its tax returns. America’s leading law firm or perhaps more accurately, America’s foreign policy-maker, Sullivan & Cromwell, had no intention of permitting a democratic government to prevail over the interests of the law firm’s client, especially when senior partners of the firm controlled both overt and covert US foreign policy. The two brothers, whose family members were invested in the United Fruit Company, simply applied the resources of the CIA, State Department, and US media to the protection of their private interests. The extraordinary gullibility (goedgelovigheid. svh) of the American people, the corrupt American media, and the indoctrinated and impotent Congress allowed the Dulles brothers to succeed in overthrowing a democracy.

Keep in mind that this use of the US government in behalf of private interests occurred 60 years ago long before the corrupt Clinton, George W. Bush, and Obama regimes. And no doubt in earlier times as well.

The Dulles brothers next intended victim was Ho Chi Minh. Ho, a nationalist leader, asked for America’s help in freeing Vietnam from French colonial rule. But John Foster Dulles, a self-righteous anti-communist, miscast Ho as a Communist Threat who was springing the domino theory on the Western innocents. Nationalism and anti-colonialism, Foster declared, were merely a cloak for communist subversion.

Paul Kattenburg, the State Department desk officer for Vietnam suggested that instead of war, the US should give Ho $500 million in reconstruction aid to rebuild the country from war and French misrule, which would free Ho from dependence on Russian and Chinese support, and, thereby, influence. Ho appealed to Washington several times, but the demonic inflexibility of the Dulles brothers prevented any sensible response. Instead, the hysteria whipped-up over the ‘communist threat’ by the Dulles brothers landed the United States in the long, costly, fiasco known as the Vietnam War. Kattenburg later wrote that it was suicidal for the US ‘to cut out its eyes and ears, to castrate its analytic capacity, to shut itself off from the truth because of blind prejudice.’ Unfortunately for Americans and the world, castrated analytic capacity is Washington’s strongest suit.

The Dulles brothers’ next targets were President Sukarno of Indonesia, Prime Minister Patrice Lumumba of Congo, and Fidel Castro. The plot against Castro was such a disastrous failure that it cost Allen Dulles his job. President Kennedy lost confidence in the agency and told his brother Bobby that after his reelection he was going to break the CIA into a thousand pieces. When President Kennedy removed Allen Dulles, the CIA understood the threat and struck first.

Warren Nutter, my Ph.D. dissertation chairman, later Assistant Secretary of Defense for International Security Affairs, taught his students that for the US government to maintain the people’s trust, which democracy requires, the government’s policies must be affirmations of our principles and be openly communicated to the people. Hidden agendas, such as those of the Dulles brothers and the Clinton, Bush and Obama regimes, must rely on secrecy and manipulation and, thereby, arouse the distrust of the people. If Americans are too brainwashed to notice, many foreign nationals are not.

The US government’s secret agendas have cost Americans and many peoples in the world tremendously. Essentially, the Foster brothers created the Cold War with their secret agendas and anti-communist hysteria. Secret agendas committed Americans to long, costly, and unnecessary wars in Vietnam and the Middle East. Secret CIA and military agendas intending regime change in Cuba were blocked by President John F. Kennedy and resulted in the assassination of a president, who, for all his faults, was likely to have ended the Cold War twenty years before Ronald Reagan seized the opportunity.

Secret agendas have prevailed for so long that the American people themselves are now corrupted. As the saying goes, ‘a fish rots from the head.’ The rot in Washington now permeates the country.
http://www.paulcraigroberts.org/2014/09/28/washingtons-secret-agendas-paul-craig-roberts/

Churchill and Roosevelt drew up the Atlantic Charter (augustus 1941. svh), envisioning the world after Hitler’s defeat. It was marked by deeply internationalist ideas: cooperation between countries, free trade and political freedom for all.
https://www.nytimes.com/2019/07/27/opinion/sunday/boris-johnson-churchill-britain-trump-brexit.html 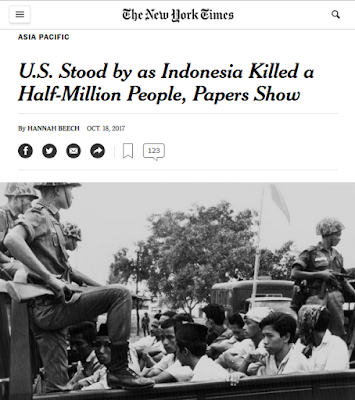 The Indonesian mass killings of 1965–66 (Indonesian genocide, Indonesian Communist Purge, Indonesian politicide, or the 1965 Tragedy were large-scale killings and civil unrest that occurred in Indonesia over several months, targeting PKI party members, Communist sympathizers, ethnic Abangan Javanese, ethnic Chinese and alleged leftists, often at the instigation of the armed forces and government. It began as an anti-communist purge following a controversial attempted coup d'état by the 30 September Movement in Indonesia. The most widely published estimates were that 500,000 to more than one million people were killed, with some more recent estimates going as high as two to three million. The purge was a pivotal event in the transition to the ‘New Order’ and the elimination of the Indonesian Communist Party (PKI) as a political force, with impacts on the global Cold War. The upheavals led to the fall of President Sukarno and the commencement of Suharto's three-decade authoritarian presidency… Despite a consensus at the highest levels of the US and British governments that it would be necessary ‘to liquidate Sukarno,’ as related in a CIA memorandum from 1962, and the existence of extensive contacts between anti-communist army officers and the US military establishment  —  training of over 1,200 officers, ‘including senior military figures,’ and providing weapons and economic assistance —  the CIA denied active involvement in the killings. Declassified US documents in 2017 revealed that the US government had detailed knowledge of the mass killings from the beginning, and was supportive of the actions of the Indonesian Army. US complicity in the killings, which included providing extensive lists of communist party officials to Indonesian death squads, has previously been established by historians and journalists. A top-secret CIA report from 1968 stated that the massacres ‘rank as one of the worst mass murders of the 20th century, along with the Soviet purges of the 1930s, the Nazi mass murders during the Second World War, and the Maoist bloodbath of the early 1950s.’
https://en.wikipedia.org/wiki/Indonesian_mass_killings_of_1965–66 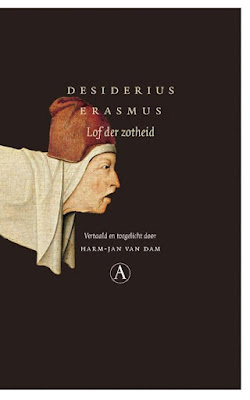 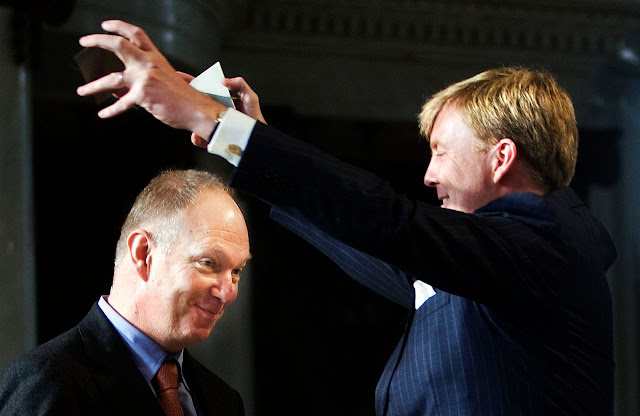 Democrats, How Do I Hate Thee?

Democrats, How Do I Hate Thee?

America Has Gulags of Its Own

America Has Gulags in Its Own Backyard

Plucking chickens for for-profit companies, caring for elderly patients without any training, and other forms of hard, uncompensated labor are sanctioned in the United States as court-mandated rehabilitation for drug-related charges. As the deficit of rehab care in the U.S. grew during the far-reaching opioids crisis over recent years, what are essentially work camps—where detainees work for no money or face prison time, despite often not even being convicted of a crime—started to pop up all over the country.
In a hard-hitting series for Reveal from the Center for Investigative Reporting, investigative journalist Shoshana Walter details the shocking discoveries she and her former Reveal colleague Amy Julia Harris, now at The New York Times, made as they investigated long-term residential treatment programs in which recovering addicts worked for such employers as Exxon, Shell and Walmart—and received no pay.
Their work was a finalist for the 2018 Pulitzer Prize for national reporting, won numerous major journalism prizes and led to government investigations, two criminal probes and five federal class-action lawsuits alleging slavery, labor violations and fraud.
“Most people who need addiction treatment can’t get it,” Walter tells Truthdig Editor in Chief Robert Scheer in the latest installment of “Scheer Intelligence.” “So that just led me to question: If there’s a treatment shortage, where are these defendants being sent? And what we found is that judges all over the country are oftentimes sending people who face very low-level charges and crimes to these long-term residential treatment programs that claim to provide rehabilitation, but in reality all they are are work camps for private companies and industries.”
op augustus 03, 2019 Geen opmerkingen: