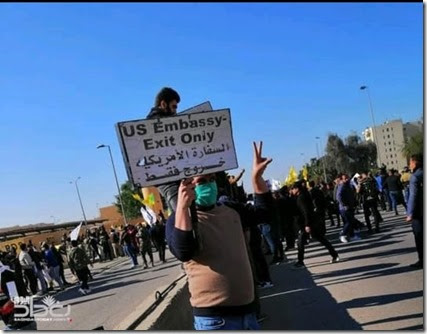 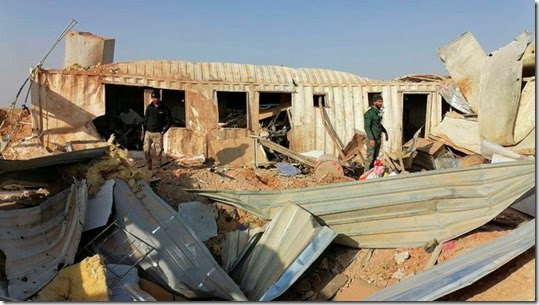 Gaza, Gazans, Great Return March, Israel, snipers, rubber bullets, eyes, injuries
Media coverage and social media posts went wild when Palestinian photojournalist Muath Amarneh was blinded in his left eye after he was hit by a rubber bullet while covering a protest in the West Bank.
However, Amarneh was far from unique; Israeli snipers targeting participants in Gaza's weekly Great Return March protests have aimed for the legs – and eyes. To date, Gaza's Ministry of Health reports that 50 protesters have been shot in the eye since the demonstrations began March 30, 2018 – leaving them permanently blind.
"Some of these protesters and journalists were hit in the eye with teargas canisters, but most were targeted directly with what is commonly called a 'rubber bullet,' giving the impression they are somehow benign," says Ashraf Alqedra, MD, a treating physician at Gaza City's al-Shifa Hospital and spokesperson for the Ministry of Health.

"But there is still steel at the core, and although these bullets don't usually kill, they do grave damage. It is impossible to save an eye hit directly by a rubber-coated steel bullet."
However, he adds, due to the Israeli blockade, there are no artificial, glass eyes in Gaza – only a cosmetic improvement, but one that can be a significant psychological aid. These are available only by travelling out of Gaza for treatment and permits for such journeys are often not granted.
According to data released by the World Health Organization, Gaza residents submitted 25,897 applications to travel via Erez Crossing to receive medical treatment in the West Bank or Israel; an average of 2,158 were submitted each month. However, the Israeli government only approved 61 percent.
Mai Abu Rwedah: the most recent victim
Mai Abu Rwedah, 20, grew up in north Gaza's al-Bureij Refugee Camp in a family of nine children supported by a father who works as a janitor for a UN school. She just graduated from university, hoping to start her professional life as a medical secretary and contribute her income.

But that dream was dealt a severe blow December 6, when she became the most recent Gazan to lose an eye to an Israeli bullet.
Abu Rwedah believes in using peaceful, but active, resistance to reclaim Palestinians' right to return to their ancestral homeland. So, she has joined participants in the Great Return March protest since its launch on March 30, 2018.

On September 21 of that year, she was shot by a rubber-coated bullet in one of her legs, but that didn't stop her from participating; she kept on going.
Earlier this month, stood with a few friends about 100 metres from the fence that marks the border between Gaza and Israel. She glimpsed an Israeli soldier waving and pointing his finger to his eye.

"He was trying to intimidate me, but I was not afraid because I was doing nothing wrong. I wasn't even throwing stones," Abu Rwedeh recalls.
The soldiers fired tear gas then, and Mai and her friends ran away, but still were in sight of the young man who had threatened her.

"He was watching me; wherever I moved he kept watching. Then, suddenly, he raised his gun and pointed it at me. I was about to flee but he was too fast. He shot me in my eye."
The bullet damaged her jaw as well. Doctors had to extract her right eye, since it was destroyed, Her determination, however, is intact. Abu Rwedeh continues to protest.
The youngest victim
Mohammed Al-Najar, 12, is the second-oldest son among four children, supported by a father who works in a wedding hall in Khan Younis.

In January, during the mid-year vacation from school, Mohammed begged his parents to allow him to watch the Friday protest with his cousins and other relatives, thinking it would give him an exciting story to share with classmates.
He was given permission to ride one of the government buses that collected people from the various neighbourhoods, taking them to the protest sites. When he disembarked, teargas bombs were flying, and he shouted to warn those around him. Then next one hit him directly in his right eye.
When Mohammad learned later that his eye could not be saved, he locked himself in his room and stopped going to school. When he did go back, he struggled.

"At first his marks at school dropped and he isolated himself. He tried to hide his missing eye," says his mother, Um Edress.
She took to him an organisation that provided psychotherapy, but he refused to speak. Today, he is socialising, but goes quiet when asked about his injury.
The journalist
According to Dr Alqedra, most people with eye injuries from the Great Return March are journalists or photographers.
One of them is Sami Musran 35, a photographer who works for Al-Aqsa TV. On July 19, he was shot several times – first in his hand, the next two times in his shoulders and the fourth time in the chest. (Fortunately, he was wearing a bulletproof vest, so it did not harm him.) The last time cost him his left eye.
Sami says he had received several calls from Israeli officers warning him not to take photos at the Great Return March. His mother also received calls, saying her son might be killed.
"Forty times, my Facebook account was hacked or deleted for me, and I received death threats as well," he says. "But I decided to keep on with my work to reveal the Israeli crimes against unarmed Palestinians who participate in the march."
The night before Musran was shot, his wife tried to insist he stay home, but he refused.
"Minutes before I was hit, my mother called me twice, saying she was very worried about me. But I said that nothing happens that isn't God's plan," he recalls.
He was about 250 metres away from of the Israeli fence when two women and a child were shot. Musran was taking photos of them and went in close. That's when a rubber-coated bullet hit his eye and he lost consciousness. Two days later, he woke up in the intensive care unit to find out he had a skull fracture and an injured eye. The bullet had damaged the iris, retina and cornea and his vision was gone.
Today, it is hard for him to continue with his job; his depth perception is off, he gets headaches and the sight in his remaining eye "fades" at night. But he will keep trying.
"Israel wants to blind the eyes of the truth by sending messages to photographers saying we will hit your eyes to make you stop taking photos," he says. "But we do not surrender."

Nasrallah: Trump is on the verge of a stroke over Iran

‘Americans have to leave the region’


‘Americans have to leave the region’: Iran says 1st joint drills with China & Russia send a message to US

FILE PHOTO: A Russian corvette 'Yaroslav Mudry' which took part in the drill © RIA Novosti / Igor Zaremba
Tehran’s joint naval drills with Moscow and Beijing are sending a bold message to Washington and its allies to keep out its “undesirable security arrangements,” Iran’s naval forces commander stated.
“The era of inroads by the Americans in the region has ended and they have to gradually leave the region,” Iranian Navy Commander Rear Admiral Hossein Khanzadi proclaimed, as cited by local media.
The trilateral naval exercise is being held to “boost security in the region.” But aside from that, it has sent “a highly significant message” to the US “and their sidekicks,” the top officer added.
China has sent 'Xining' destroyer © Iranian army office / AFP
Previously, Iran bluntly warned those interested in gathering intelligence to keep clear from the drills. Its navy was instructed to target “whatever spying craft in the war game zone, be it watercraft or aircraft.”
The naval drills kicked off on Friday in Iran's port city of Chabahar on the Gulf of Oman. They involve an array of training missions, such as counter-piracy and rescue operations.
ALSO ON RT.COM‘No joke, intruders will be shot!’ Iran warns spies to keep clear of its joint drills with China & Russia
Tensions flared up around Iranian waters earlier this year after four merchant ships, including two Saudi oil tankers, at an Emirati port in the Gulf of Oman, were hit in a mysterious attack the US and their allies blamed on Iran.
Shortly thereafter, two other tankers were damaged by what appeared to be limpet mines while sailing through the Gulf of Oman, with Iran being labeled a culprit again. Citing the need to quell “provocative actions” by Iran, the US launched a maritime “policing” mission in the Middle East waters, but found only limited support among its allies.
https://www.rt.com/news/477051-iran-exercise-message-us/
ALSO ON RT.COMFreedom of piracy: US seeks allies to outsource hunt for Iranian oil tankers
op december 31, 2019 Geen opmerkingen: