Sharp is an award-winning reporter and author. AudioGo has just released her biography Mr. & Mrs. Hollywood: Edie and Lew Wasserman and Their Entertainment Empire.

The Guardian / By Glenn Greenwald

Obama's Attacks on Journalists are Worst Since Nixon

The Committee to Protect Journalists issues a scathing report on Obama administration.

It's hardly news that the Obama administration is intensely and, in many respects, unprecedentedly hostile toward the news-gathering process. Even the most Obama-friendly journals have warned of what they call"Obama's war on whistleblowers". James Goodale, the former general counsel of the New York Times during its epic fights with the Nixon administration, recently observed that "President Obama wants to criminalize the reporting of national security information" and added: "President Obama will surely pass President Richard Nixon as the worst president ever on issues of national security and press freedom."
Still, a new report released today by the highly respected Committee to Protect Journalists - its first-ever on press freedoms in the US - powerfully underscores just how extreme is the threat to press freedom posed by this administration. Written by former Washington Post executive editor Leonard Downie, Jr., the report offers a comprehensive survey of the multiple ways that the Obama presidency has ushered in a paralyzing climate of fear for journalists and sources alike, one that severely threatens the news-gathering process.
The first sentence: "In the Obama administration's Washington, government officials are increasingly afraid to talk to the press." Among the most shameful aspects of the Obama record:

Six government employees, plus two contractors including Edward Snowden, have been subjects of felony criminal prosecutions since 2009 under the 1917 Espionage Act, accused of leaking classified information to the press—compared with a total of three such prosecutions in all previous U.S. administrations. Still more criminal investigations into leaks are under way. Reporters' phone logs and e-mails were secretly subpoenaed and seized by the Justice Department in two of the investigations, and a Fox News reporter was accused in an affidavit for one of those subpoenas of being 'an aider, abettor and/or conspirator' of an indicted leak defendant, exposing him to possible prosecution for doing his job as a journalist. In another leak case, a New York Times reporter has been ordered to testify against a defendant or go to jail."

It goes on to detail how NSA revelations have made journalists and source petrified even to speak with one another for fear they are being surveilled:

'I worry now about calling somebody because the contact can be found out through a check of phone records or e-mails,' said veteran national security journalist R. Jeffrey Smith of the Center for Public Integrity, an influential nonprofit government accountability news organization in Washington. 'It leaves a digital trail that makes it easier for the government to monitor those contacts,' he said."
It quotes New York Times national security reporter Scott Shane as saying that sources are "scared to death." It quotes New York Times reporter David Sanger as saying that "this is the most closed, control freak administration I've ever covered." And it notes that New York Times public editor Margaret Sullivan previously wrote that "it's turning out to be the administration of unprecedented secrecy and unprecedented attacks on a free press."
Based on all this, Downie himself concludes:

The administration's war on leaks and other efforts to control information are the most aggressive I've seen since the Nixon administration, when I was one of the editors involved in The Washington Post's investigation of Watergate. The 30 experienced Washington journalists at a variety of news organizations whom I interviewed for this report could not remember any precedent."

And this pernicious dynamic extends far beyond national security: "Ellen Weiss, Washington bureau chief for E.W. Scripps newspapers and stations, said 'the Obama administration is far worse than the Bush administration' in trying to thwart accountability reporting about government agencies." It identifies at least a dozen other long-time journalists making similar observations.
The report ends by noting the glaring irony that Obama aggressively campaigned on a pledge to usher in The Most Transparent Administration Ever™. Instead, as the New Yorker's investigative reporter Jane Mayer recently said about the Obama administration's attacks: "It's a huge impediment to reporting, and so chilling isn't quite strong enough, it's more like freezing the whole process into a standstill."
Back in 2006, back when Iwas writing frequently about the Bush administration's attacks on press freedom, the focus was on mere threats to take some of these actions, and that caused severe anger from vocal progressives. Now, as this new report documents, we have moved well beyond the realm of mere threats into undeniable reality, and the silence is as deafening as the danger is pronounced.
Related matter

Along with David Miranda, I testified yesterday before a Committee of the Brazilian Senate investigating NSA spying, and beyond our latest revelations about economic spying aimed at Brazil, one of the issues discussed was the war on press freedoms being waged by the US and UK governments to prevent reporting of these stories. The Guardian, via Reuters, has a two-minute videowith an excerpt of my testimony on that issue.
UPDATE

Edward Snowden was awarded this year's Sam Adams Whistleblower Award, and several of his fellow heroic whistleblowers - including Thomas Drake, Jesselyn Radack and Coleen Rowley - traveled to Moscow to present it to him. An excellent photo of that event is here.
Glenn Greenwald is a constitutional law attorney and writes for the Guardian. He is the author of four books, most recently "With Liberty and Justice for Some: How the Law Is Used to Destroy Equality and Protect the Powerful."
http://www.alternet.org/media/obama-and-journalism?akid=11036.56814.PiJiX1&rd=1&src=newsletter909108&t=5&paging=off&current_page=1#bookmark
op oktober 12, 2013 Geen opmerkingen: 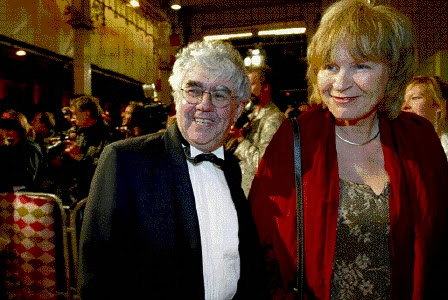 William Pitt the Elder, Earl of Chatham and British Prime Minister from 1766 to 1778, said something similar in a speech to the UK House of Lords in 1770:
‘Unlimited power is apt to corrupt the minds of those who possess it.’
Acton is likely to have taken his lead from the writings of the French republican poet and politician, again a generously titled individual - Alphonse Marie Louis de Prat de Lamartine. An English translation of Lamartine's essay France and England: a Vision of the Future was published in London in 1848 and included this text:
It is not only the slave or serf who is ameliorated in becoming free... the master himself did not gain less in every point of view... for absolute power corrupts the best natures.
http://www.phrases.org.uk/meanings/absolute-power-corrupts-absolutely.html 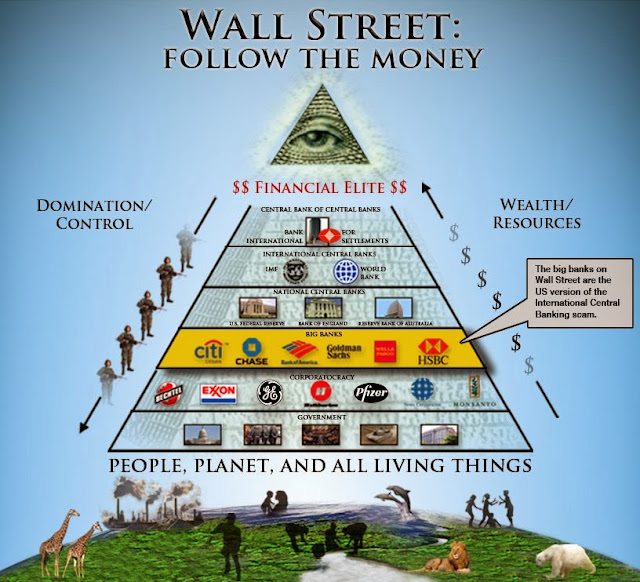 the neo-liberal model has also resulted in an unprecedented worldwide polarization. Fierce social and class struggles worldwide were able in the 20th century to impose a measure of social control over capital. Popular classes, to varying degrees, were able to force the system to link what we call social reproduction to capital accumulation. What has taken place through globalisation is the severing of the logic of accumulation from that of social reproduction, resulting in an unprecedented growth of social inequality and intensified crises of survival for billions of people around the world.

The American Dream of upward mobility is dead, thanks to the neoliberal ministrations of capital and government. But a new dream could rise from the mess left by globalization, off-shoring and austerity.

The continuation of the economic crisis of 2008 up to the present has driven home a social trend that has been evident since the late 1970s, the decline of what is usually called ‘the middle class’ and the accompanying American Dream.
http://truth-out.org/news/item/16291-the-american-dream-is-dead-long-live-the-new-dream

The pauperising effects unleashed by globalisation have generated social conflicts and political crises that the system is now finding it more and more difficult to contain. The slogan ‘we are the 99 per cent’ grows out of the reality that global inequalities and pauperisation have intensified enormously since capitalist globalisation took off in the 1980s. Broad swaths of humanity have experienced absolute downward mobility in recent decades. Even the IMF was forced to admit in a 2000 report that ‘in recent decades, nearly one-fifth of the world’s population has regressed. This is arguably one of the greatest economic failures of the 20th century’.
Global social polarisation intensifies the chronic problem of over-accumulation. This refers to the concentration of wealth in fewer and fewer hands, so that the global market is unable to absorb world output and the system stagnates. Transnational capitalists find it more and more difficult to unload their bloated and expanding mass of surplus - they can’t find outlets to invest their money in order to generate new profits; hence the system enters into recession or worse. In recent years, the Transnational Capitalist Class has turned to militarised accumulation, to wild financial speculation, and to the raiding of sacking of public finance to sustain profit-making in the face of over-accumulation.
http://www.aljazeera.com/indepth/opinion/2011/11/20111130121556567265.html 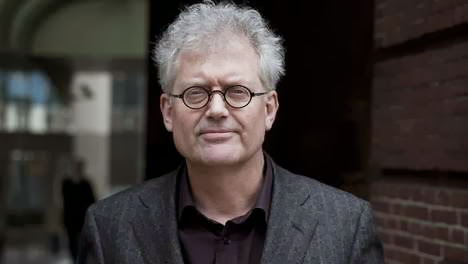 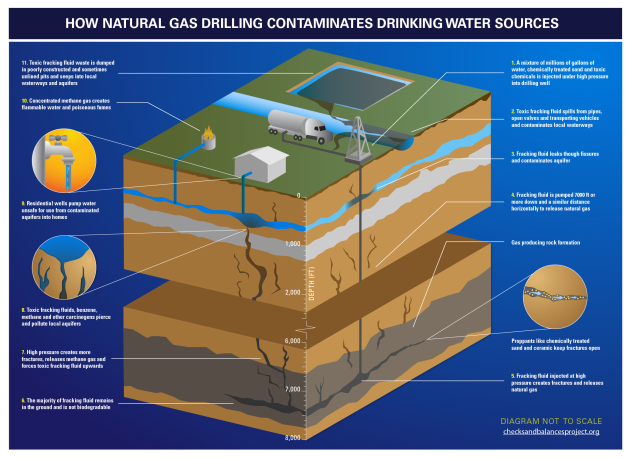 the uniformly superficial nature of the analysis of its causes presented by mainstream observers, whether government officials, academics or business representatives. This applies very much to journalists too, not least the liberal media.

Thus it is commonly stated that the crisis was caused by a combination of imprudent investment by bankers and others… and unduly lax official regulation and supervision of markets. Yet the obvious question begged by such explanations – of how or why such a dysfunctional  climate came to be created – is never addressed in any serious fashion.

The crisis was the product of a conscious process of facilitating ever greater risks of massive systemic failure.

Sooner or later, Mr. Bush argued, sanctions would force Mr. Hussein's generals to bring him down, and then Washington would have the best of all worlds: an iron-fisted Iraqi junta without Saddam Hussein.
‘The World; A Rising Sense That Iraq's Hussein Must Go’. New York Times. July 7, 1991.

The hidden hand of the market will never work without a hidden fist. McDonald's cannot flourish without McDonnell Douglas, the designer of the F-15. And the hidden fist that keeps the world safe for Silicon Valley's technologies to flourish is called the US Army, Air Force, Navy and Marine Corps.
‘A Manifesto for the Fast World’. New York Times. March 28, 1999.

The historical debate is over. The answer is free-market capitalism.
The Lexus and the Olive Tree: Understanding Globalization.  May 2, 2000.

We needed to go over there, basically, and take out a very big stick right in the heart of that world and burst that bubble.… What they [Muslims] needed to see was American boys and girls going house to house from Basra to Baghdad and basically saying ‘Which part of this sentence don't you understand? You don't think we care about our open society? You think this bubble fantasy, we're just going to let it grow? Well, suck on this!’ That, Charlie, is what this war was about. We could have hit Saudi Arabia! It was part of that bubble. We could have hit Pakistan. We hit Iraq because we could.
Charlie Rose (30 May 2003).

I was speaking out in Minnesota — my hometown, in fact — and a guy stood up in the audience, said, ‘Mr. Friedman, is there any free trade agreement you’d oppose?’ I said, ‘No, absolutely not.’ I said, ‘You know what, sir? I wrote a column supporting the CAFTA, the Caribbean Free Trade initiative. I didn’t even know what was in it. I just knew two words: free trade.’
Meet the Press (23 July 2006), referring to the Central American Free Trade Agreement. 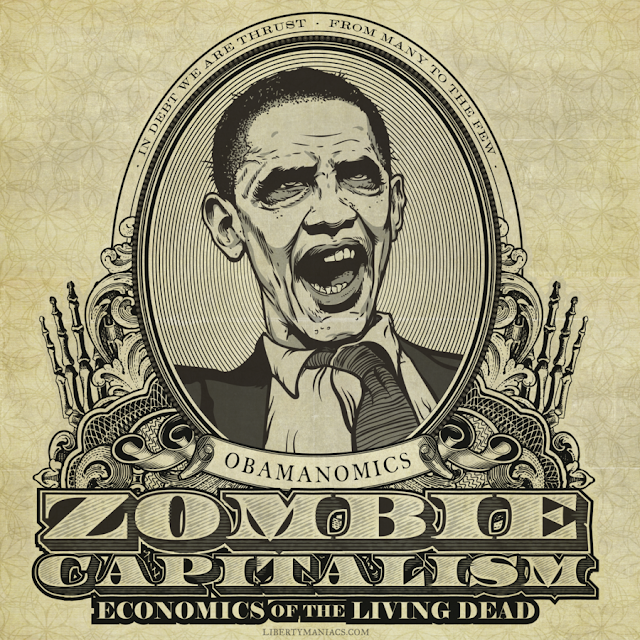