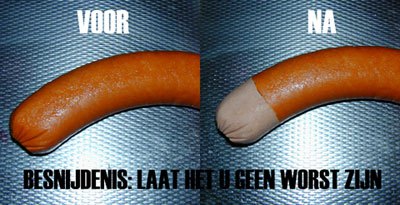 Rabbi Cardozo: outlawing circumcision would ‘end the state of Israel’ 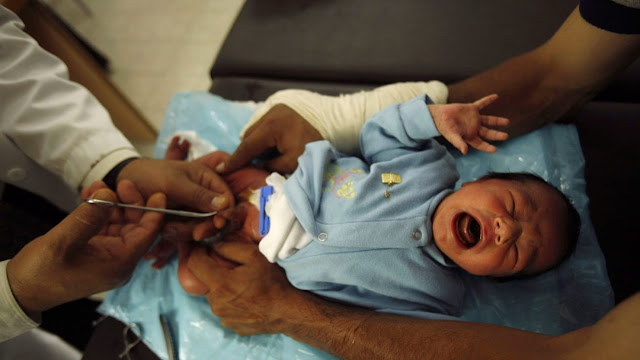 Jordan has agreed to spearhead a Saudi-led push to arm rebel groups through its borders into southern Syria, in a move that coincides with the transfer from Riyadh to Amman of more than $1bn (£650m).
It marks a significant change for Jordan, from a policy of trying to contain the spillover threat posed by the civil war across its border to one of actively aiming to end it before it engulfs the cash-strapped kingdom.
Jordan's role as a conduit for arms has emerged in the past two months as Saudi Arabia, some Gulf states, Britain and the US have sharply increased their backing of some rebels to try to stop the advances of al-Qaida-linked groups among them.
A push to defeat al-Qaida, rather than an outright bid to oust Syria's leader, Bashar al-Assad, is Jordan's driving force. Officials in Amman concede it heightens a risk of retaliation from its increasingly cornered neighbour.
Western and Arab diplomats say Jordan is treating al-Qaida's rise in prominence as an increasing existential threat. Security figures in the kingdom also fear a boost to the powerful Muslim Brotherhood, which has long been at odds with the monarchy and boycotted this year's parliamentary elections.
Until this year, King Abdullah had been reluctant to take a direct stake in the Syrian crisis, opting to open Jordan's borders to refugees and defectors, but not to allow them to be used for gun-running, or a concerted attempt to topple the four-decade Assad dynasty.
Jordanian, Syrian opposition and western sources say Abdullah's calculation is that the sooner the Syrian crisis is over and the more moderate elements are able to defeat Assad, the better the chances are of a moderate regime taking over in Damascus. "It's a race between them [al-Qaida] and the regular rebels to Damascus," said one western official. "And it's in no one's interests if al-Qaida win."
Last week, Jabhat al-Nusra, the al-Qaida-linked group at the vanguard of much of the fighting in north and east Syria, renewed a pledge of allegiance to al-Qaida's overall leader, Ayman al-Zawahiri. A day earlier, the Islamic State of Iraq, the main al-Qaida current in the heartland of Arabia since the US-led invasion, claimed it was formally allied with al-Nusra.
The Syrian opposition's civilian body said that it was "deeply concerned" about the Jabhat al-Nusra statement. "The Syrian coalition urges Jabhat al-Nusra to stay within the ranks of nationalistic Syrians, to continue its efforts in fighting the Assad regime, and in supporting and protecting the freedom of all Syrian sects," it said.
Light and medium-sized weapons and funds have recently been sent across the Jordanian border to Syrian rebel groups vetted by the CIA, which has run a training programme inside Jordan since early 2012. Some of the weapons were sourced from Croatia over the past year by the Jordanian air force.
While not explicitly conditional, the Saudi money is the first for Jordan in more than a year. Jordan has historically received backing from wealthy patrons in the Gulf, as well as the US.
The Jordanian industry minister, Hatem al-Halawani, said at a recent conference in Qatar established to support the Syrian opposition that the amount transferred from Riyadh totalled $1.25bn.
In 2011 Jordan is believed to have received $1.4bn from Saudi Arabia but in 2012 failed to gain any of the $1bn payment expected. It has had just $200m so far this year, most of which went on the aid effort.
Jordan is increasingly unable to provide for the 460,000 Syrians in its refugee camps and the failure of the international community to deliver on aid pledges of $1.5bn has sharpened fears of a humanitarian catastrophe. Some MPs have even called for the borders to be closed with the government declaring the north of the country, where refugee camps have been erected, a crisis zone.
Jordanian officials are aware of possible retaliation from an increasingly cornered Damascus, which this week accused Amman of "playing with fire" by opening its border to a military push.
Advertisement
Last week, a government spokesman said Jordan was "not part of the crisis" in Syria and supported a political solution. "The Jordanians are happy to channel support but they say 'don't put us in the frontline'," said one Syrian opposition figure. "They used to be afraid that Assad's intelligence system could hit back and hurt Jordan but now he is weak they feel emboldened to be more active."
Syrian rebels have made significant gains in the past six weeks near Deraa, the southern town where protests in March 2011 sparked the uprising, and in the Hauran area. Jordan has closed the Quneitra crossing with Syria, near the strategically vital Golan Heights.
The Guardian reported last week that Austria, the lead component of the UN peacekeeping force on the Golan Heights, was considering withdrawing its troops, which would likely make the UN force's position untenable.
Austria's foreign minister, Michael Spindelegger, spoke to commanders on the Golan Heights on Thursday and later confirmed Vienna may pull out its troops, especially if European states lift an embargo on supplying arms to rebels.
A vacuum in the Golan Heights would pose a dilemma for Israel, which is already dealing with the withdrawal of thousands of Syrian troops from the area. Officials in Israel and Europe have suggested that if the Austrians withdrew, Tel Aviv would be tempted to cross the ceasefire line and establish a buffer zone inside Syria, adding another regional dimension to the crisis.
Syrian forces are believed to have retreated to defend the capital, which despite being under siege by rebel groups, al-Nusra among them, is at no imminent risk of falling.
One western diplomat cautioned that recent gains in the south, though dramatic on paper, would slow as rebels edge towards the capital. "It was the same in the north," the diplomat said. "The heady rush into Aleppo last August has led to a stalemate ever since. I'm not sure the southern border is going to soon change the equation."
https://www.theguardian.com/world/2013/apr/14/syria-jordan-spearhead-saudi-arms-drive

Now I am become death, the destroyer of worlds.—J. Robert Oppenheimer, American nuclear scientist, after observing an early U.S. nuclear weapons test
The year was 1983. I was still in the womb, as an earlier celebrity president, also obsessed with television, sat down to view a highly touted TV movie, “The Day After.” Ronald Reagan, like Donald Trump, was a star—a famous actor—and also a well-known Republican foreign policy hawk with an aggressive nuclear weapons posture. The movie was a dystopian portrayal of the aftermath of a Soviet nuclear attack in the small college town of Lawrence, Kan., where I now live.
Reagan (like Trump) wasn’t keen on briefing books or detailed memos. He was a visual learner, and “The Day After” deeply affected President Reagan. It wasn’t quite a “road to Damascus” moment, but soon afterward, Reagan began to rethink his combative nuclear posture.
In the ensuing years, Reagan proved willing to work with Soviet Premier Mikhail Gorbachev to dampen Cold War tensions and begin a process of gradual nuclear disarmament. For a president, Reagan, who had run on a policy of rolling back communism and had called the Soviet Union an “evil empire,” the shift was profound.