Slamming China Won’t Save Fossil Capitalism From Itself

Only the mentally impaired now doubt the reality of climate change. Only the ideologically blind question that human burning of fossil fuels has caused it. In just a few weeks, we had once-in-millennium floods in Germany and Belgium, a once-in-a-millennium heat wave in the Pacific Northwest and British Columbia. Fires. Melting Arctic ice and permafrost. Mudslides in India. Floods in the New York City subway. Record floods in China, with a year’s worth of rain falling in a single day in Zhengzhou.

The planet is burning and the arsonists are in charge, as one environmentalist once observed. So in late June and early July, with extreme heat afflicting a quarter of the globe, it became clear that the time had come for the Biden government, and indeed every government, to end the burning of oil, gas and coal. Personally, I favor nationalizing the fossil fuel industry, that is, the wealth of the arsonists. Howsoever we phase it out, this termination needs to happen NOW. Or we as a species will likely not survive. What will come after homo sapiens? No doubt beings adapted to extreme heat, unlike us, with our lineage naturally selected during an ice age.

At the very least, it’s time to slash fossil fuel subsidies. As for the aforementioned nationalizing of oil, gas and coal corporations in order to eliminate their product, desirable as this may be, history, unluckily, is against it. In the past, the U.S. has launched wars and invaded countries that threatened to nationalize fossil fuel companies. Think Iran in 1953 and the pandemonium caused by the western overthrow of that country’s legally elected president: the shah, the torturers in Savak, the hostage crisis, the decades-long American attempt to get even for it, the disastrous election of Reagan and all the evils of hyper-capitalism that flowed from that. Just the hint of such a nationalization is a casus belli for U.S. elites. And it’s likely they knowingly and willfully refuse to put two and two together regarding control of fossil fuel companies and our collapsing climate. Even if they did, U.S. politicos, plutocrats and corporate titans would probably rather die, felled by extreme weather, than turn oil companies over to the state. And at the rate we’re going, they will get their wish.

The $3.5 trillion budget plan making its way through congress would be the perfect vehicle – especially if widely imitated by other countries – in which to transport our species through the climate change storm. Its best feature is a clean energy standard that zeros out carbon emissions by a certain date, which makes humanity’s survival chances tick up dramatically. Such a standard penalizes utilities that don’t meet clean energy targets, according to Bloomberg on July 15. This is an excellent move. Maybe the only one. Because what else have the bold Dems done? Included a tax on imports from countries “that lack aggressive climate change policies” according to the New York Times on July 14. The EU has a similar carbon border tax. This, folks, is lame.

“The two actions in concert suggest that government leaders are turning toward trade policy as a way to attack climate change,” the Times said. Heaven forbid our rulers should assault the culprits. No, no. That makes too much sense. Besides, what’s good for Exxon is good for the U.S…er, or it used to be. Whatever, our government is congenitally incapable of going after oil companies. So instead, our fearless leaders are…bashing China to save capitalism from itself!

My guess is that China will address climate change on its own. Chinese leaders know their country has become the world’s leading carbon emitter (a distinction that until recently belonged to the U.S., which now claims second polluting place), and they already produce more solar panels than anybody else on the globe. They also possess 60 percent of the world’s rare earth mineral resources and process over 90 percent of them – both vital to any green energy transition. Chances are China will continue to fund the shift to green energy, with or without taxes from the west. It’s just good business. And China, as an astonished and wounded U.S. has discovered, is very good at business.

The Dems’ bill will include “tax breaks for wind, solar and other renewable energy, as well as electric vehicles,” the Times reports. There’s also a methane reduction fee and “funding for civilian climate corps…the plan does not specify how much money will be allocated to the various programs.” That, alas, depends on one senator: Joe “I Just Don’t give a Shit” Manchin, the one-man roadblock on homo sapiens’ path to surviving the climate catastrophe. I guess he doesn’t care that for future generations ravaged by hurricanes, floods, killer heat waves, and continent-sized wildfires, his name, along with those of most GOP senators, will live in infamy. But he needs to get that memo.

Meanwhile, the questions of the hour is, are the Dems serious about maintaining a habitable climate for humans? If so, their valor defending the proposed clean energy standard would trump their eagerness to show that they’re good little soldiers in the tussle the Pentagon wants with China. Those of us wondering, waited with baited breath.

Well, on July 19, the other shoe dropped. Taxing imports from polluting countries (read: China), the Times announced that our brave Dem lawmakers propose, would proceed “regardless of whether Congress passed new laws to reduce emissions created by the United States.” Pardon me for being cynical, but U.S. politicos just seized the stage to grandstand about how tough on China they are, even if it means tossing green energy under the bus. You don’t think so? Because that’s sure what it looks like is happening here.

On the other, less scaredy-cat but decidedly more lunatic side of the political aisle, different concerns prevail. The Times article quoted Republican senator John Barrasso thundering that the Dems’ $3.5 trillion blueprint is “a freight train to socialism.” If only he were right! But he’s not. And as far as the climate’s concerned, this is a freight train to nowhere. It needlessly ramps up tensions with China and leaves all the big-ticket climate change items up in the air.

Biden has already shown himself more than willing, like Obama before him, to break any promise he chooses, especially if it was made to the left-wing of his party. I would love to be wrong about this, but protecting a habitable earth is shaping up to be his biggest busted pledge yet, a mere pretext for more insane harassment of China. Unlike other shattered vows, this one can’t be fixed later. Once our world is carbon-poisoned through and through, we’re sunk.

Eve Ottenberg is a novelist and journalist. Her latest book is Birdbrain. She can be reached at her website.

The Assassination of Malcolm X

The Assassination of Malcolm X

Part 4 in a series on the Assassinations of the '60s 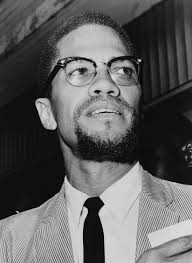 All Global Research articles can be read in 51 languages by activating the “Translate Website” drop down menu on the top banner of our home page (Desktop version).

“When the government of South Africa began to trample upon the human rights of the people of South Africa they were taken to the U.N. When the government of Portugal began to trample upon the rights of our brothers and sisters in Angola, it was taken before the U.N. Why, even the white man took the Hungarian question to the U.N. And just this week, Chief Justice Goldberg was crying over three million Jews in Russia, about their human rights, charging Russia with violating the U.N. Charter because of its mistreatment of the human rights of Jews in Russia. Now you tell me how can the plight of everybody on this Earth reach the halls of the United Nations and you have twenty-two million Afro-Americans whose churches are being bombed, whose little girls are being murdered, whose leaders are being shot down in broad daylight? Now you tell me why the leaders of this struggle have never taken it before the United Nations.” – Malcolm X (April 3, 1964)[1]

LISTEN TO THE SHOW

Of all the figures risen to the level of legends in the United States that faced an assassination in that five year stretch in the 1960s, Malcolm X would definitely qualify as the most controversial.

The man who went into prison as a convict for larceny and break and enter and came out a minister within the religion of Islam. He bore the surname to replace his actual family name which was taken from African slaves and replaced with ‘Little,’ a slavemaster’s name. And while still in the Nation of Islam, he advocated for the separation of blacks and white, that blacks are superior to whites, and to the philosophy of non-violence he promoted defense of black people “by any means necessary.”[2][3]

But Malcolm X was a powerful figure who spoke extremely well. And he was a media favorite. He attracted the attention of prominent world leaders including Gamal Abdel Nasser of Egypt, Kenneth Kaunda of the Zambian African Congress, and Ahmed Sékou Touré of Guinea. Following a visit to the United Nations General Assembly in September of 1960, even Fidel Castro expressed an interest in meeting privately with him in Cuba.[4][5][6]

The leader backed away from the previous views on racial segregation. He advocated Pan-Africanism, a world-wide movement promoting solidarity among indigenous and diaspora ethnic groups of African descent. He advocated the pursuit of racial justice. [7]

And it just so happens a number of agencies under the auspices of the government, had taken notice of him as well.

The Nation of Islam was not alone in seeking to curtail is influence.

That convergence of factors led to his murder on the stage of the Audubon Ballroom in Manhattan on February 21, 1965.

The Global Research News Hour spends the entire hour of this special program looking at what motivated Malcolm X, what made him a threat to authorities, and how the Nation of Islam attackers on him were manipulated by the FBI and the CIA. Taking us through the entire legend of this figure is the outstanding scholar of all four assassinations of the ‘60s:James DiEugenio.

James DiEugenio has an MA in Contemporary American History from California State University Northridge. He authored the book Destiny Betrayed, probing the Garrison investigation of the JFK assassination, expanded in 2012. He also wrote Reclaiming Parkland in 2013 expanded again in 2016 and then re-issued again with additional material in the 2018 book The JFK Assassination: The Evidence Today. He co-authored the book The Assassinations: Probe Magazine on JFK, MLK, RFK and Malcolm X.

Mr DiEugenio also has a website: kennedysandking.com with materials related to one or more of the assassination targets.

LISTEN TO THE SHOW

The Global Research News Hour airs every Friday at 1pm CT on CKUW 95.9FM out of the University of Winnipeg. The programme is also podcast at globalresearch.ca .

Other stations airing the show:

CIXX 106.9 FM, broadcasting from Fanshawe College in London, Ontario. It airs Sundays at 6am.

WZBC 90.3 FM in Newton Massachusetts is Boston College Radio and broadcasts to the greater Boston area. The Global Research News Hour airs during Truth and Justice Radio which starts Sunday at 6am.

As a mother of a young Black man whom I pray for nightly and worry daily about his life being violently ended senselessly either by someone marginalized by the unjust social structure of U.S. life or by some rogue officer of the law or one pretending to be a policeman,…

“…when you select heroes about which black children ought to be taught, let them be black heroes who have died fighting for the benefit of black people.  We never were taught about Christophe or Dessalines.  It was the slave revolt in Haiti when slaves, black slaves, had the soldiers of…

Malcolm X from the Grassroots to the African Revolution 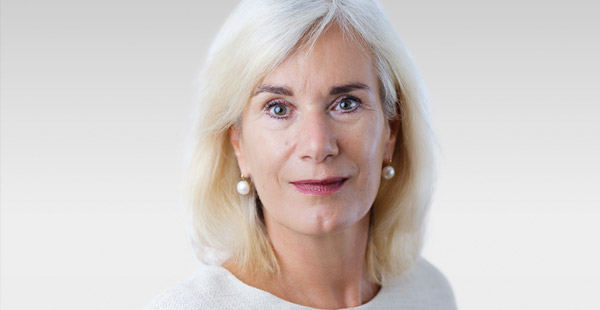