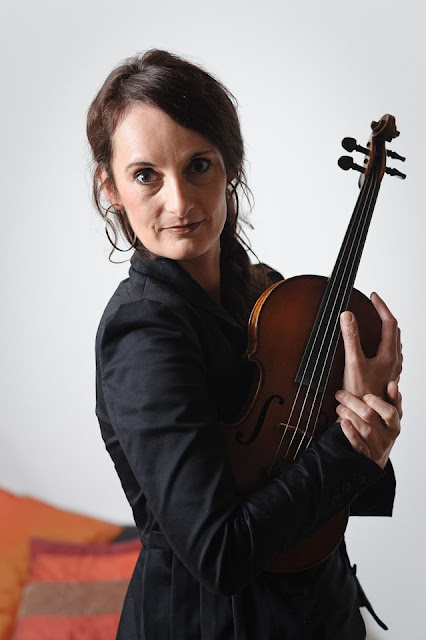 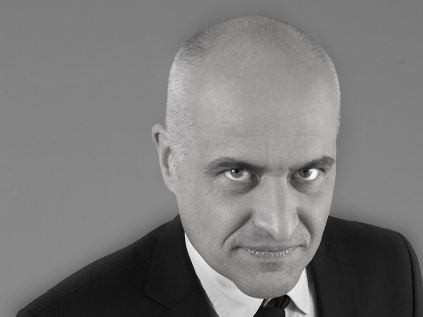 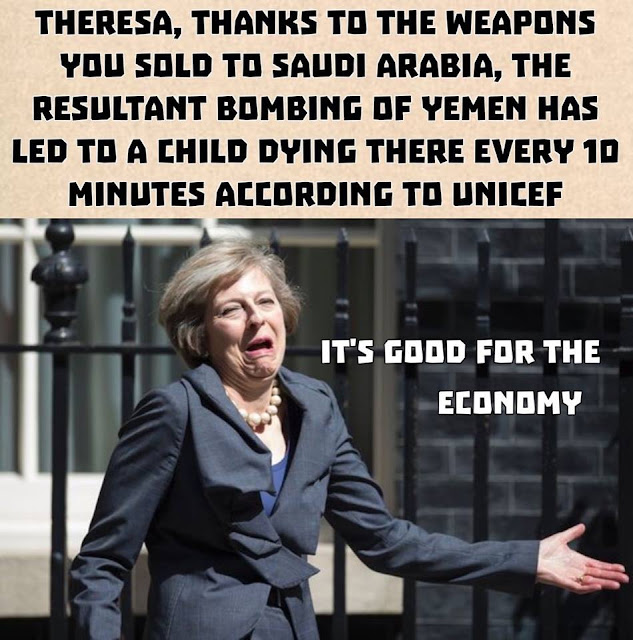 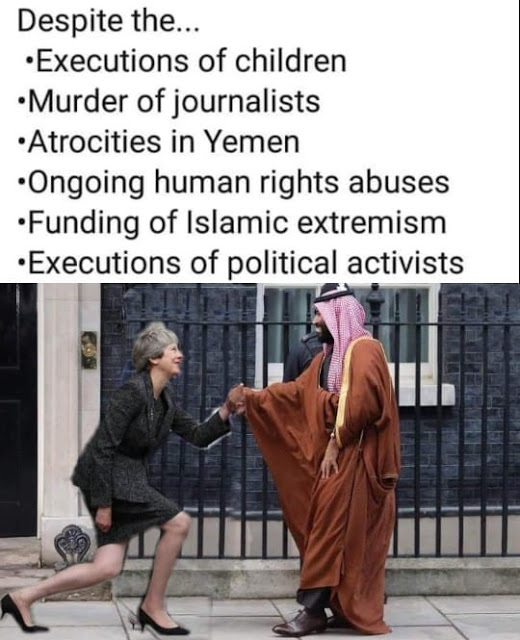 After the Khashoggi Murder, It is Up To Israel to Repair the Crack in the Axis of Evil

Join the debate on Facebook
More articles by:ANDREW LEVINE
Support CounterPunch’s Annual Fund Drive, Every Dollar Counts!
ANDREW LEVINE is the author most recently of THE AMERICAN IDEOLOGY (Routledge) and POLITICAL KEY WORDS (Blackwell) as well as of many other books and articles in political philosophy. His most recent book is In Bad Faith: What’s Wrong With the Opium of the People. He was a Professor (philosophy) at the University of Wisconsin-Madison and a Research Professor (philosophy) at the University of Maryland-College Park.  He is a contributor to Hopeless: Barack Obama and the Politics of Illusion (AK Press).
https://www.counterpunch.org/2018/10/26/after-the-khashoggi-murder-it-is-up-to-israel-to-repair-the-crack-in-the-axis-of-evil/
op oktober 27, 2018 Geen opmerkingen:

In June, Austin “Scott” Miller, the special-ops general chosen to be the 17th U.S. commander in Afghanistan, appeared before the Senate Armed Services Committee. Like so many of the generals who had preceded him, he suggested that he saw evidence of “progress” in the Afghan war, even if he refused to “guarantee you a timeline or an end date.” Smart move, general!
As it happens, just over a week ago, he got a dose, up close and personal, of what the Afghan version of “progress” really means. He was visiting key American allies in the southern province of Kandahar when the “insider” attack of all insider attacks occurred. In the sort of event that’s been going on since at least 2010, an ostensible ally, in this case a local member of the Afghan security forces who had evidently joined the Taliban, turned his gun on Kandahar’s chief of police (a crucial powerbroker in the region), the local intelligence chief, and the provincial governor, killing the first two and wounding the third. In the process, he ensured that, with local leadership literally down the tubes, elections in Kandahar would be postponed for at least a week. Three Americans, including a brigadier general, were also wounded in the attack.  (In 2014, an American major general was killed in just such an insider strike.)  In one of the rarest acts for an American commander in memory, General Miller reportedly drew his sidearm as the bullets began to fly, but was himself untouched. Still, it was a striking reminder that, 17 years after the U.S. invaded that country, the Taliban are again riding high and represent the only forces making “progress” or “turning corners” in that country.
In a conflict with no end in sight that is now not only the longest in American history but more than four times as long as World War II, the “finest fighting force that the world has ever known” hasn’t been able to discover a hint of victory anywhere. And that’s something that could be said as well of the rest of its war on terror across the Greater Middle East and ever-expanding regions of Africa. Today, TomDispatch regular retired Air Force Lieutenant Colonel William Astore suggests that no great military stays at war for 17 years unless it is, in some sense, victorious. As a result, in his latest post, he explores just where, in our increasingly upside-down American world, evidence of such triumph might be found. Tom

Why American Leaders Persist in Waging Losing Wars
Hint: They’re Winning in Other Ways
By William J. Astore
As America enters the 18th year of its war in Afghanistan and its 16th in Iraq, the war on terror continues in Yemen, Syria, and parts of Africa, including Libya, Niger, and Somalia. Meanwhile, the Trump administration threatens yet more war, this time with Iran. (And given these last years, just how do you imagine that’s likely to turn out?) Honestly, isn’t it time Americans gave a little more thought to why their leaders persist in waging losing wars across significant parts of the planet?  So consider the rest of this piece my attempt to do just that.
Let’s face it: profits and power should be classified as perennial reasons why U.S. leaders persist in waging such conflicts. War may be a racket, as General Smedley Butler claimed long ago, but who cares these days since business is booming? And let’s add to such profits a few other all-American motivations. Start with the fact that, in some curious sense, war is in the American bloodstream. As former New York Times war correspondent Chris Hedges once put it, "War is a force that gives us meaning." Historically, we Americans are a violent people who have invested much in a self-image of toughness now being displayed across the “global battlespace.” (Hence all the talk in this country not about our soldiers but about our “warriors.”) As the bumper stickers I see regularly where I live say: “God, guns, & guts made America free.” To make the world freer, why not export all three?

Add in, as well, the issue of political credibility. No president wants to appear weak and in the United States of the last many decades, pulling back from a war has been the definition of weakness. No one -- certainly not Donald Trump -- wants to be known as the president who “lost” Afghanistan or Iraq. As was true of Presidents Lyndon Johnson and Richard Nixon in the Vietnam years, so in this century fear of electoral defeat has helped prolong the country’s hopeless wars. Generals, too, have their own fears of defeat, fears that drive them to escalate conflicts (call it the urge to surge) and even to advocate for the use of nuclear weapons, as General William Westmoreland did in 1968 during the Vietnam War.
Washington’s own deeply embedded illusions and deceptions also serve to generate and perpetuate its wars. Lauding our troops as “freedom fighters” for peace and prosperity, presidents like George W. Bush have waged a set of brutal wars in the name of spreading democracy and a better way of life. The trouble is: incessant war doesn’t spread democracy -- though in the twenty-first century we’ve learned that it does spread terror groups -- it kills it. At the same time, our leaders, military and civilian, have given us a false picture of the nature of the wars they’re fighting. They continue to present the U.S. military and its vaunted “smart” weaponry as a precision surgical instrument capable of targeting and destroying the cancer of terrorism, especially of the radical Islamic variety. Despite the hoopla about them, however, those precision instruments of war turn out to be blunt indeed, leading to the widespread killing of innocents, the massive displacement of people across America’s war zones, and floods of refugees who have, in turn, helped spark the rise of the populist right in lands otherwise still at peace.
Lurking behind the incessant warfare of this century is another belief, particularly ascendant in the Trump White House: that big militaries and expensive weaponry represent “investments” in a better future -- as if the Pentagon were the Bank of America or Wall Street. Steroidal military spending continues to be sold as a key to creating jobs and maintaining America’s competitive edge, as if war were America’s primary business. (And perhaps it is!)
Those who facilitate enormous military budgets and frequent conflicts abroad still earn special praise here. Consider, for example, Senator John McCain’s rapturous final sendoff, including the way arms maker Lockheed Martin lauded him as an American hero supposedly tough and demanding when it came to military contractors. (And if you believe that, you’ll believe anything.)
Put all of this together and what you’re likely to come up with is the American version of George Orwell's famed formulation in his novel 1984: "war is peace."
The War the Pentagon Knew How to Win
Twenty years ago, when I was a major on active duty in the U.S. Air Force, a major concern was the possible corroding of civil-military relations -- in particular, a growing gap between the military and the civilians who were supposed to control them. I’m a clipper of newspaper articles and I saved some from that long-gone era. “Sharp divergence found in views of military and civilians,” reported the New York Times in September 1999. “Civilians, military seen growing apart,” noted the Washington Post a month later. Such pieces were picking up on trends already noted by distinguished military commentators like Thomas Ricks and Richard Kohn. In July 1997, for instance, Ricks had written an influential Atlantic article, “The Widening Gap between the Military and Society.” In 1999, Kohn gave a lecture at the Air Force Academy titled “The Erosion of Civilian Control of the Military in the United States Today.”
A generation ago, such commentators worried that the all-volunteer military was becoming an increasingly conservative and partisan institution filled with generals and admirals contemptuous of civilians, notably then-President Bill Clinton. At the time, according to one study, 64% of military officers identified as Republicans, only 8% as Democrats and, when it came to the highest levels of command, that figure for Republicans was in the stratosphere, approaching 90%. Kohn quoted a West Point graduate as saying, “We’re in danger of developing our own in-house Soviet-style military, one in which if you’re not in ‘the party,’ you don’t get ahead.” In a similar fashion, 67% of military officers self-identified as politically conservative, only 4% as liberal.
In a 1998 article for the U.S. Naval Institute’s Proceedings, Ricks noted that “the ratio of conservatives to liberals in the military” had gone from “about 4 to 1 in 1976, which is about where I would expect a culturally conservative, hierarchical institution like the U.S. military to be, to 23 to 1 in 1996.” This “creeping politicization of the officer corps,” Ricks concluded, was creating a less professional military, one in the process of becoming “its own interest group.” That could lead, he cautioned, to an erosion of military effectiveness if officers were promoted based on their political leanings rather than their combat skills.