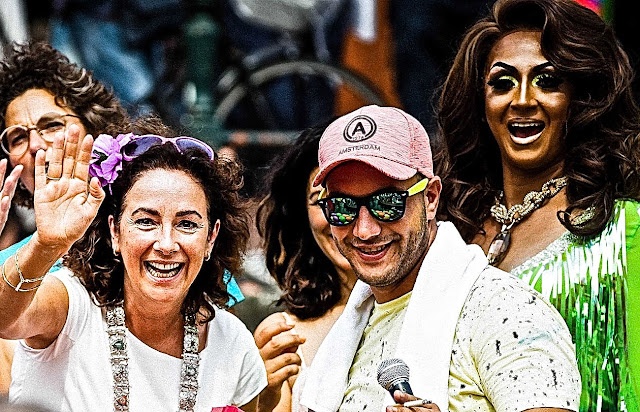 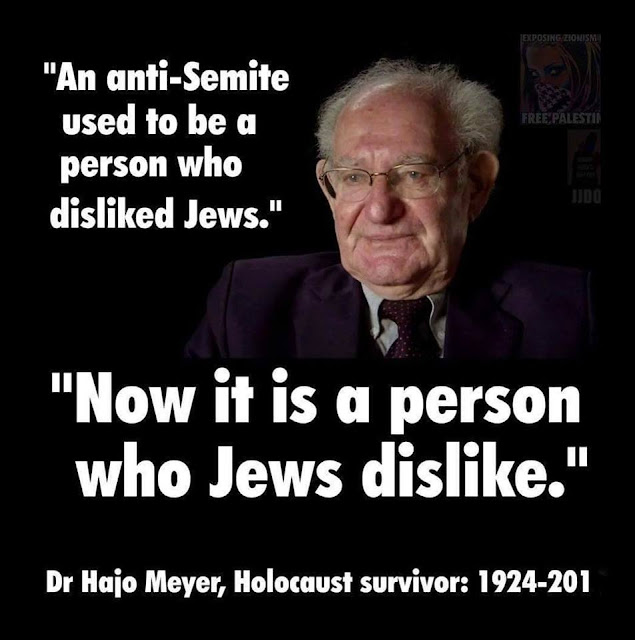 The Truth About the 2008 Financial Meltdown

August 3, 2018
What is the truth behind the 2008 Financial Collapse, why was no one prosecuted and how did Obama’s not prosecuting the “banksters” and strengthening Glass Steagal lead to Trump in the White House? Economist Bill Black joins us bring clarity to this mystery
FacebookTwitterRedditEmailDeel

Zionist Terrorism Accepted by The West

The Zionist Lobby in the UK

The Tories are genuinely appalled by it all, which is why they would never allow their prominent members to associate with an anti-Semite. Instead Boris Johnson has been meeting Steve Bannon, who gives his support to inclusive liberal groups such as the EDL

Oh no, look how antisemitic he is NOW. It turns out Corbyn sat on a platform with a Jewish Holocaust survivor, who compared Israel’s behaviour to that of the Third Reich. Corbyn says he disagrees with him, but that’s not enough, he should have decked the twat. The fact that Corbyn didn’t even yell abuse at him proves he’s antisemitic.
Because this man, Hajo Meyer, said that having been through his unimaginable trauma, he couldn’t bear to see appalling acts carried out in the name of the Israeli state, and this seems to have led him to conclusions that aren’t accurate. Maybe we should cut the bloke some slack, what with him having been at Auschwitz. But that would make you an ANTISEMITE, because if you care about Jews you tell Holocaust survivors: “We’ve all had problems in life, mate, now shut your mouth and get your facts straight.”
One problem is that Holocaust survivors don’t all think the same thing, and this makes matters confusing. If they could only all agree to say exactly the same stuff, it might not be so hard for the rest of us, but that seems to be too much trouble for them.

In general it can’t be true that Jews have different opinions on issues, because several newspapers and politicians tell us Jews are appalled and disgusted at Corbyn, and he has enraged the Jewish community, so groups like Jewish Voice for Labour must be fake Jews, as it’s a fundamental part of being Jewish to hate him.
If you wish to convert to the Jewish faith, first you must convince a rabbi you accept the commandments of the Torah, then stand before a rabbinical court and recite a Daily Telegraph editorial about how Corbyn created a factory of hate, and finally learn Hebrew prayers such as the one said before meals, that ends: “Blessed be he who created this food, unless it was grown on Corbyn’s allotment, in which case bollocks to it.”
In keeping with this sentiment, three Jewish newspapers claimed the Labour party represents an “existential threat” to Jews, a threat to Jewish existence. Their argument seems to be that as Labour contains a few members who claim Israel’s behaviour is as bad as that of the Nazis, they are exaggerating so ridiculously that the party is literally as bad as the Nazis.


Luckily, other newspapers have been more measured, such as The Times which asked: “Why can’t Corbyn see antisemitism staring him in the face?” It is a puzzle why some people can’t see antisemitism staring them in the face. Sometimes antisemitism is much more subtle, such as when The Sunday Timesemployed David Irving – but his antisemitism was discreet, having only written a series of books in praise of Hitler and denying the Holocaust, not like those people whose antisemitism stares you in the face.
You can’t help wondering whether, for some people, the motivation for accusing Corbyn of being an antisemite may be a teeny bit driven by the fact they don’t really like him.
For example, Ian McKenzie, who was chairman of Lewisham East Labour Party, wrote on Twitter that “the antisemitism, Brexit and Salisbury stuff is cutting through like the IRA/Iran stuff didn’t. We have a real chance of winning back NEC seats.”
So for him, a subject as important as antisemitism is apparently a handy tool to win back NEC seats from Corbyn supporters. That could be seen as slightly insulting to Jews, so I’m sure when it comes to expulsions, Ian McKenzie will insist he should be one of the first to be kicked out. Maybe he’ll make a complaint: “Corbyn is so slow to deal with antisemitism that he still hasn’t expelled me. If he was serious about tackling antisemitism he’d have told me to piss off ages ago, but no. Typical!”The most ridiculous claims made about Jeremy Corbyn


And the Conservative Party are genuinely appalled by it all, which is why they would never allow their prominent members to associate with an anti-Semite. Instead Boris Johnson has been meeting Trump’s ex-spokesman Steve Bannon, who gives his support to inclusive liberal groups such as the English Defence League, and wrote on his website: “Hell has no fury like a Polish elite American Jew.”
Bannon certainly wouldn’t attract an antisemitic following. It’s true that among the comments on his website are such messages as “Heil Hitler”, but it would take an expert historian to find traces of antisemitism in that.
But this is where it gets complicated, because much of the left does have a poor record on this issue. There ARE people who say “the Jews” when they talk about Israel, and this language hasn’t been routinely opposed. There are Labour supporters who refer to the “Jewish lobby” and “Jewish control of the banks”.

If you mention this, someone else online will call you a traitor, and possibly Blairite scum, because when there’s a delicate issue it’s always best to choose your words carefully. Then an NEC candidate shouts that he’s never seen any antisemitism in Labour at all. So all the comments and tweets and that mural, and all the incidents that the Corbyn-supporting Jewdas and Jewish Voice for Labour have documented, they were all made up, probably by an alliance of Mossad and Momentum.
So maybe this is a formula for trying to resolve the matter. We should all agree that a) there is antisemitism on the left, and that hasn’t been conclusively dealt with; b) Opponents of Corbyn have cynically exaggerated this for their own purpose; and c) Both things can be true at once, because as extraordinary as it seems, it’s possible for two different sets of people to both be talking shite.
https://www.independent.co.uk/voices/antisemitism-labour-party-jeremy-corbyn-jewish-holocaust-survivor-abuse-a8474846.html
op augustus 04, 2018 Geen opmerkingen:

Yulia Skripal to return to Russia

Reports are emerging that Yulia Skripal will return to Russia before long, based on statements that have surfaced from her cousin, Viktoria Skripal. Viktoria says that Yulia is faring well and now has an internet connection, and that Yulia has indicated that once her father, former double agent Sergei Skripal, has sufficiently improved she will go back to her homeland. A phone conversation between Viktoria and Yulia reportedly took place on Tuesday on the occasion of Yulia’s grandmother’s 90th birthday, Sergei’s mother, who expressed that she was happy to learn that Sergei was okay.
Sputnik reports

Yulia Skripal, who was allegedly poisoned alongside her father Sergei Skripal in the UK city of Salisbury in March, will return to Russia when the latter gets better, Yulia’s cousin Viktoria Skripal told Sputnik on Thursday.
“[Yulia] said she was doing well and already had a connection to the Internet… She will return home when her father gets better,” Viktoria said.
The phone conversation took place on Tuesday, when Sergei Skripal’s mother was celebrating her 90th birthday.
“She was very happy to hear that Sergei was okay,” Viktoria stressed, adding that, according to Yulia, Sergei Skripal still had a respiratory tube in his trachea.

Sergei and Yulia Skripal were allegedly poisoned with military grade nerve agent novickok on March 4th, and were found unresponsive on a park bench following lunch at a nearby restaurant. The alleged poisoning was the pretext for various international political bouts between Britain and Russia, resulting in the expulsion of hundreds of diplomats from countries all over Europe as well as America. Sergei and Yulia miraculously survived the attempted assassination which the British government suspects the Kremlin to have been behind, however, conclusive evidence has yet to be shown to the public that this line of reasoning is reasonably substantiated.
http://theduran.com/yulia-skripal-to-return-to-russia/
op augustus 04, 2018 Geen opmerkingen: