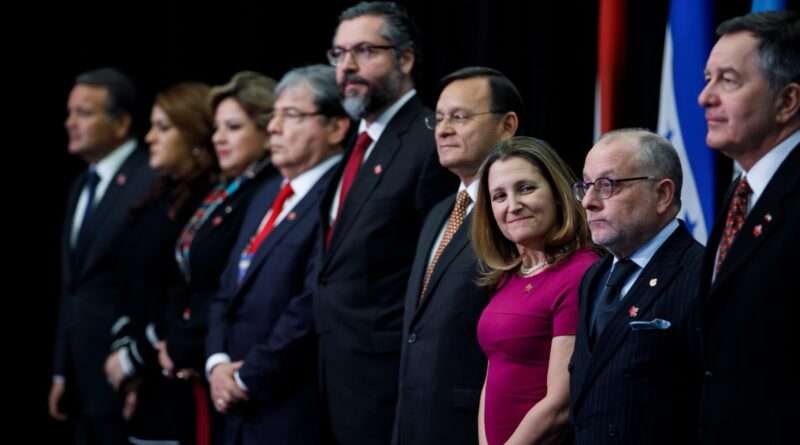 The Lima Group was formed in August 2017 during the runup to Venezuela’s May 2018 presidential election. Their Lima Declaration joined twelve countries in calling for the return of democracy to Venezuela. They refuse to recognize Venezuela’s National Constituent Assembly yet recognize the National Assembly. They condemn violence in Venezuela, express their concern for Venezuela’s humanitarian crisis, and believe that “Venezuela does not comply with the obligations and requirements for members of the United Nations Human Rights Council.”

The Declaration’s signatories initially consisted of Canada, Argentina, Brazil, Chile, Colombia, Costa Rica, Guatemala, Honduras, Mexico, Panama, Paraguay and Peru. Internal strife marked the coalition since its origins. Bolivia joined after their November 2019 coup, but with the election of socialist President Luis Arce we can safely assume that Bolivia will depart again once he takes office on November 8. Following the election of President Andres Manuel Lopez Obrador in 2018 Mexico refused to endorse the declaration, as did Argentina after the election of President Alberto Fernández in 2019. Guyana, Saint Lucia, and Haiti joined after 2017, the latter following the suspension of Venezuela’s PetroCaribe program — which had provided oil to Haiti under generous terms — due to US sanctions.

In short, the Lima Group is a Canada-led organization dedicated to the ouster of Venezuelan President Nicolás Maduro. In January 2019, National Assembly member Juan Guaidó tried to declare himself president of Venezuela, and Lima Group countries — with the exception of Saint Lucia — recognize Guaidó as president.

Lima Group Under the Microscope

The Lima Group has faced criticism within Canada and from member states’ politicians and journalists. Dr. Maria Paez Victor, a Venezuelan sociologist living in Canada, explained: “Unable to get the Organization of American States (OAS) votes needed to agree to their nefarious plot, this group of governments with no official international standing, few democratic principles, most led by known discredited leaders… allied itself, throwing all of its diplomatic and economic support behind a man who self-proclaimed himself president of Venezuela in a public plaza, violating the country’s constitution and all electoral rules. So much for the ‘respect for the rule of law’ that the Canadian Foreign Minister, Chrystia Freeland so frequently spouts.”

“The Lima Group is instigating problems rather than finding democratic solutions,” commented Guyana’s Kaieteur News. “In April of this year, the Lima Group renewed its call for the National Armed Forces of Venezuela to demonstrate, show loyalty to the imposter president, Juan Guaidó.”

Saint Lucia’s Foreign Affairs Minister Sarah Flood-Beaubrun stated that “we continue to maintain a normal diplomatic relationship with Venezuela, we recognize Venezuela as a friend.” Ex-Foreign Affairs Minister Alva Baptiste condemned the country’s decision to join the Lima Group: “Saint Lucia should never be part or be a member of a renegade mongoose gang like the Lima Group.”

If the Lima Group accepted the voting process that led to Guaidó’s election to the National Assembly in 2015, why did they refuse to honour the results of the 2018 presidential election? Both elections used the same process, widely recognized as among the best in Latin America and the world. The process is entirely electronic, uses fingerprint identification in conjunction with printed paper records, and was approved by 150 international observers in 2018. Former US president Jimmy Carter declared it the “best in the world” in 2012. Indeed, before the formation of the Lima Group the Venezuelan voting system was widely acclaimed even within the US and Lima Group countries. The losing candidates in Venezuela’s 2018 presidential election all accepted the votes as valid. Maduro conceded defeat in 2015 when opposition coalition MUD won a majority in National Assembly elections.

It’s not that the Lima Group doesn’t support democracy in Venezuela. Instead, consistent with US and Canadian foreign policy, they support democracy only when it produces the desired results. The Lima Declaration evokes the 1975 Trilateral Commission report which famously observed that problems of governance can stem from an “excess of democracy.” Clearly the Lima Group’s confused definition of “democracy” smacks of hypocrisy.

Why does the Lima Group claim that there is a humanitarian crisis in Venezuela? Certainly, conditions in Venezuela have worsened since the imposition of numerous sanctions limiting their ability to import food and medicines. However, at the time of the Lima Declaration, most signatory countries had far worse “crises” than Venezuela. In fact, using the United Nations’ Human Development Index (HDI) report of 2018, Venezuela was categorized as a country possessing “High Human Development,” outranking most Lima Group countries including Brazil, Colombia, Guatemala, Guyana, Haiti, Honduras, Paraguay, Peru, and Saint Lucia. HDI specifically measures the health, standard of living, and human development of a nation’s people. Clearly the Lima Group’s claim of a humanitarian crisis within Venezuela smacks of hypocrisy.

How could the Lima Group condemn violence within Venezuela, yet ignore the appalling human rights record of participants such as Brazil, Colombia, Mexico, Guatemala, Haiti, Honduras or Peru? In their global report for 2017, Ireland’s Front Line Defenders reported that 80% of killings of human rights defenders (HRDs) “took place in just four countries—Brazil, Colombia, Mexico and the Philippines.” Incredibly, three of these were signatories to the original Lima Declaration! The organization’s 2018 report showed in greater detail that Colombia recorded 126 HRD killings, Mexico forty-eight, Guatemala twenty-six, Brazil twenty-three, Honduras eight, and Venezuela five.

Further statistics corroborate this gross misrepresentation by the Lima Group. In their 2018 report Amnesty International noted the increase in killing of human rights activists and social leaders in Colombia, particularly among land defenders, which has only intensified since. The same report cited “increased violence” throughout Mexico in 2017, including disappearances, and torture, and the murder of journalists. It named Honduras as “one of the most dangerous countries in the Americas region for human rights defenders, especially those working to protect land, territory and the environment.” At least thirty-one people were killed following protests surrounding the 2017 presidential election in Honduras. For Brazil, “huge setbacks to existing law and policy” were noted by AI during the 2017 period. “Violence and killings increased, mostly affecting young black males. Conflicts over land and natural resources resulted in dozens of killings.” Clearly the Lima Group’s condemnation of violence within Venezuela smacks of hypocrisy.

Venezuela at the United Nations

It’s notable that the US is not included in the Lima Group. No country has pushed harder for regime change in Venezuela, attacking the country with a barrage of increasing sanctions since 2015 and seizing Venezuelan property in the US. May 2020’s foiled Operation Gideon terrorist assault involving a group of mercenaries intent on assassinating Maduro included former US soldiers, and was led by Canadian-born US Special Forces vet Jordan Goudreau. Founder of private security firm Silvercorp, Goudreau has boasted of providing security for Trump rallies.

US desire for regime change in Venezuela is no secret. The US has placed a $15 million bounty on Maduro. In February 2019 US Senator Marco Rubio tweeted an image of Muammar Gaddafi’s corpse and threatened that Maduro would meet the same fate. It’s worthwhile to note here that following the 2011 NATO bombing campaign leading to Gaddafi’s overthrow and murder, oil-rich Libya dropped from the highest standard of living in Africa to the lowest (1), putting the lie to claims that NATO intervention was motivated by humanitarian concerns.

US hysteria surrounding Venezuela dates back to Obama’s March 2015 executive order declaring Venezuela an “unusual and extraordinary threat to US national security and foreign policy,” the same tactic used by Reagan in 1985 to provide the illusion of legality for a war on the “dangerous military colossus” of Nicaragua. If they’re so hellbent on destroying Venezuela, why has the US decided to keep out of the Lima Group?

“The Lima Group was created when the US was stuck trying to pass resolutions against Venezuela in the OAS,” opined analyst Jesus Rodriguez Espinoza. “So they came up with the idea of creating a de facto OAS that would be subject to their wishes. To make it less obvious they opted out and asked Canada and [OAS Secretary General Luis] Almagro to push the Lima Group. The group is in reality an extension of the US Department of State.” For Canadian politicians, the Lima Group offers a program for regime change in Venezuela that can be mediatized without the bad optics of Trump—reviled by Canadians—hanging over it. In any case, US Secretary of State Mike Pompeo has attended Lima Group’s meetings via teleconference.

Canada cares because they want to continue looting Venezuela’s oil and mineral resources with impunity. “Venezuela has the largest recognized oil reserves in the world. The country also has enormous gold deposits,” explains Canadian journalist Yves Engler. “Venezuela forced private oil companies to become minority partners with the state oil company in 2007. This prompted Calgary-based Petro-Canada to sell its portion of an oil project and Canadian officials to privately complain about feeling ‘burned’ by the Venezuelan government… A number of Canadian companies clashed with [former Venezuelan President] Hugo Chavez’s government over its bid to gain greater control over gold extraction. Crystallex, Vanessa Ventures, Gold Reserve Inc. and Rusoro Mining all had prolonged legal battles with the Venezuelan government.”

The Lima Group’s outright slander goes beyond opportunism. Only the most immoral criminal could even attempt to defend the blatant lies propagated by their Declaration.

(1) Kovalik, Dan. The Plot To Overthrow Venezuela: How the US Is Orchestrating a Coup for Oil. Hot Books, 2019. 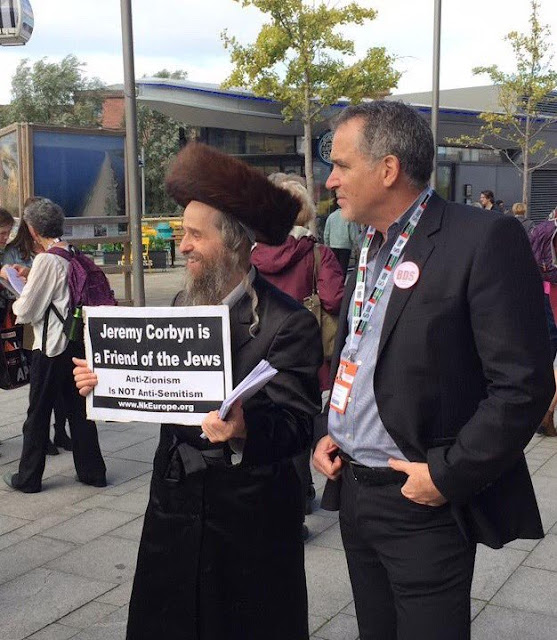 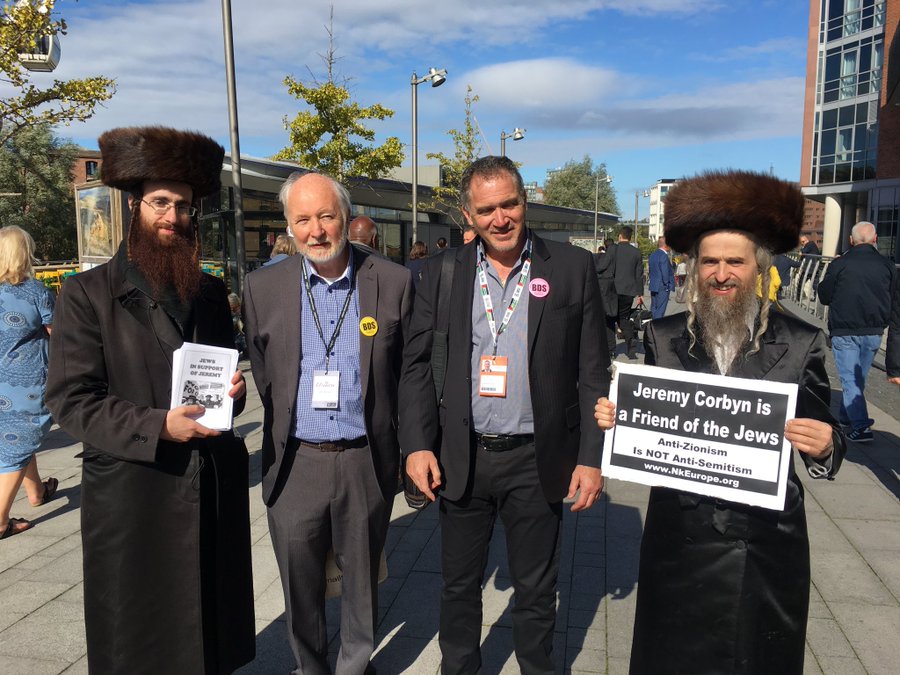 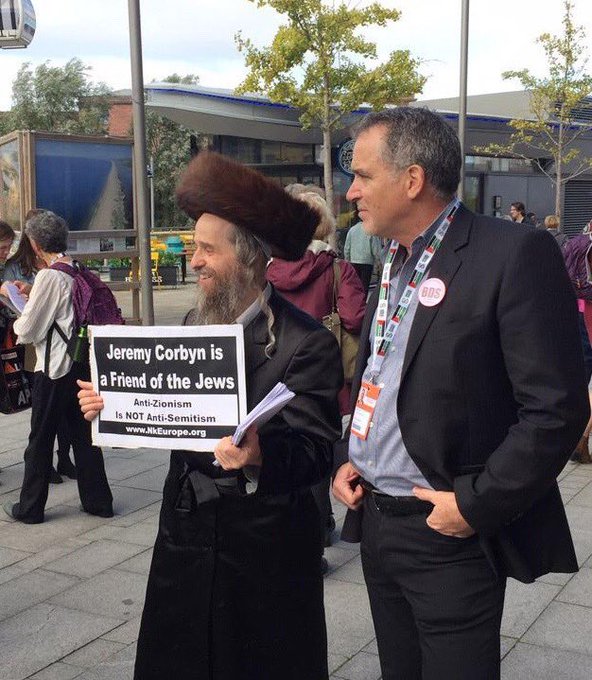