The End of the End of History: COVID-19 And Fascism

Debs Bruno and Medway Baker lay out the conditions of the current crisis, the political potentials it opens up, and the need for a socialist program to pave a path forward.

As COVID-19 rages through the shell of a global civilization systematically ravaged by five decades of catabolic capitalism, the facades of processual stability are crumbling and revealing, in their place, a crossroads for human society. The illusion of stability and robustness projected upon the delicate systems of production, distribution, exchange, and social reproduction has long been predicted to evaporate. Yet the prophets of this revelation have long been marginal– considered doomsday prophesiers and malingering malcontents besotted by their own unpopular utopian aspirations. Now, in the wake of a challenge to those processes’ perpetuation – a challenge unprecedented in the annals of fully-developed, advanced global capitalism – such grim prognostications are being rewoven, this time into the weft of history.
The tasks of socialists, spectating from within the structure as it has been stripped down to the girding beams and beyond, are to clear-headedly analyze the conjuncture at which we find ourselves, identify the opportunities and dangers that conjuncture creates, and to organize at the weak points which yield the greatest leverage for reusing the rubble that results. The first part of this charge promises us a head-spinning voyage. Almost nobody alive has experienced a societal crisis of this scale, and absolutely nobody alive has experienced a menace of this nature. Furthermore, the suite of contingencies within which this havoc has arisen and within which it is doing its work have never before existed.
The imperial core has, in the course of realizing its ineluctable tendencies, hollowed itself of the substance of its self-perpetuation. The production networks have exogenized themselves, expanding for their continued competitiveness beyond the outer membrane of the core itself and relocating in territories still fertile for exploitation. On the foundation of world destruction following the Second World War, capital has created a global network of energy and resource flows, sending the production of value and the extraction of resources to postcolonial and economically colonized nations in the Global South and the periphery broadly. In the core Western nations, coronated by the whorls of history as the center of this global web, the increasingly costly machinery of capital production has been either left to rot or cannibalized in favor of an ethereal finance economy. The tools of leverage and speculation are used to direct the operation of the global system as a whole while little of substance is produced in the formerly unrivaled center of commodity production. This, however, creates a contradiction. Absent the productive and social apparatus which put the core in this privileged position, the nerve center of global capital has stripped its muscle and hollowed the bone. The aberrant wealth and power resulting from the annihilation of the two imperialist wars of the 20th century have evaporated, and a crisis of reproduction– ecological, political, cultural, and economic– has matured.
The foundering of profitability, meanwhile, has required the abortion of such regulatory mechanisms as had previously placed a limit on self-destruction, leaving the interior composition of the capitalist core bound, sedated, and ripe for predation. The exportation of ecocide, genocide, and the iron-heeled boot have become impossible; there are no boundaries in interpenetrated systems, and the segmentation once feasible has given way to self-reinforcing, malign cycles of crisis in infrastructure, geopolitics, social degradation, and ecological death. 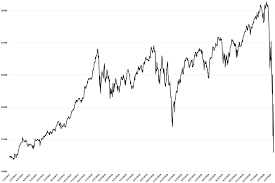 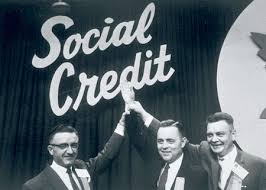 Critically, at a moment in which the US left is more nationalist than ever, this crisis is the first in an escalating series of crises that can only be remedied by internationalist socialism. The opportunity to promulgate a thoroughly internationalist politics and weave it into the existing left is the crux of this historical moment. Whether we do that will structure the outcome of the general collapse on its heels. Which fork in the path we choose may determine the survival of the species. The crossroads at which we stand must be understood as a unique opportunity to a) expand the class composition of the western socialist left; b) direct its politics in the necessary directions; c) incorporate swathes of working people toward a socialist politics of mutual self-interest; and, d) collectively take over the process of rebuilding (or not) the capital that will be destroyed by this many-sided crisis.
Moreover, this is a social rather than merely economic crisis, meaning it can only be effectively combatted through social solidarity, mutual aid, and democratically-run governmental initiatives. Economic crises often breed individualism, while more general, social crises breed mass politics and social cohesion. This is the first opportunity of this scale in many of our lives thus far, and we cannot let it pass.
In order to accomplish this essential task, the precondition for a socialist politics in the advanced capitalist core is being increasingly illuminated. This cornerstone is the precipitation of a mass, organized social movement with material social power which forms itself independent of and prior to participation in “official” politics. It cannot be wished into existence by way of electoral campaigns– especially not within the existing bourgeois unipolar political structure– or by trading in liberal-NGO cultural appeals. It must be built through the arduous, lumbering work of on-the-ground organizing. Fortunately for socialists, crises often catalyze the formation of such networks. We must attend to the material needs of our communities, build a package of demands responsive to those needs, and, in a coordinated campaign, target the crumbling mechanisms of maldistribution and social repression, and withhold our participation in them. There is no greater opportunity in recent memory to do so: people will be unable to comply with coercive maldistribution mechanisms such as rents and debt obligations, they will lack income but require the necessities of life, they will require medical care but be systematically denied access to it, and they will be exposed to hazards in the course of their work (should they have any) by indifferent or malicious capitalist corporations.
The contradictions are sharpening and they are incandescently clear for all who care to see. The socialist left often bandies this jargon about, often to the end of promulgating bad strategy and inadequate theory but in this case the process is actively accelerating and presents a crucial window of opportunity for real organizing toward social rupture.
https://cosmonaut.blog/2020/03/26/the-end-of-the-end-of-history-covid-19-and-21st-century-fascism/

History of Crimes against Donbas