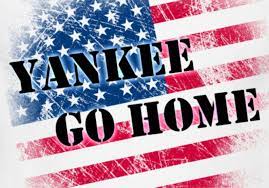 Around a thousand people formed a human chain around the UK parliament in London on Saturday, demanding the release of WikiLeaks founder Julian Assange.

The Australian-born publisher has been held in a high-security London prison since 2019, and is currently appealing against a decision to extradite him to the United States.

Can you imagine flying to a place that didn’t exist? Neither did the people who boarded those flights.

Notice that these flights were bound for Lydda, Palestine. Tragically, Lydda was ethnically cleansed 17 years after this ad was featured in a New York newspaper. According to a Wikipedia entry (with 118 documented sources, “1948 Palestinian Exodus from Lydda and Ramle,” 50,000 – 70,000 Palestinian Arabs were expelled from the towns of Lydda and Ramle in July 1948. Although these towns were located “outside the area designated for a Jewish state in the UN Partition Plan of 1947, and inside the area set aside for an Arab state in Palestine,” they were “transformed into predominantly Jewish areas in the new State of Israel, known as Lod and Ramla.”

From the Israeli perspective, the conquest of the towns averted an Arab threat to Tel Aviv, thwarted an Arab Legion advance by clogging the roads with refugees, forcing the Arab Legion to assume a logistical burden that would undermine its military capacities, and helped demoralize nearby Arab cities.[6][7] On 10 July, Glubb Pasha ordered the defending Arab Legiontroops to “make arrangements…for a phony war”.[8] The next day, Ramle surrendered immediately, but the conquest of Lydda took longer and led to an unknown number of deaths; Israeli historian Benny Morris suggests up to 450 Palestinians and 9–10 Israeli soldiers died.[9] Once the Israelis were in control of the towns, an expulsion order signed by Yitzhak Rabin was issued to the Israel Defense Forces (IDF) stating, “1. The inhabitants of Lydda must be expelled quickly without attention to age.…”,[10] Ramle’s residents were bussed out, while the people of Lydda were forced to walk miles during a summer heat wave to the Arab front lines, where the Arab Legion, Transjordan‘s British-led army, tried to provide shelter and supplies.[11] Quite a few of the refugees died from exhaustion and dehydration. Estimates ranged from a handful to a figure of 350 based on hearsay, which is why the events are also referred as the Lydda death march.[12]

The events in Lydda and Ramle accounted for one-tenth of the overall Arab exodus from Palestine, known in the Arab world as al-Nakba (“the catastrophe”). Many Jews who came to Israel between 1948 and 1951 settled in the refugees’ empty homes, both because of a housing shortage and as a matter of policy to prevent former residents from reclaiming them.

…Father Oudeh Rantisi, a former mayor of Ramallah who was expelled from Lydda in 1948, visited his family’s former home for the first time in 1967: “As the bus drew up in front of the house, I saw a young boy playing in the yard. I got off the bus and went over to him. ‘How long have you lived in this house?’ I asked. ‘I was born here,’ he replied. ‘Me too,’ I said…”

Other details about this ethnic cleansing can be seen at Palestine Remembered. See many more photos of pre-1948 Palestine on Pinterest here.

Pre-1948 Advertisements by the Jewish Agency for Palestine

Here are two videos portraying life and society in Palestine from 1896 to 1948. This is great history. The first video is 2.5 minutes long and features footage from 1896 when there were about 500,000 inhabitants in Palestine, including about 30,000 people in Jerusalem. Jews made up roughly 50% of…

The Zionist Story by Ronen Berelovich (Video and Notes)

I recently watched a documentary called "The Zionist Story" and ended up taking notes while watching it. This film was produced by Ronen Berelovich, a former Israeli soldier, "someone who has spent his entire life in the shadow of Zionism." There are a couple statements in this 75 minute-film that I would…