The Middle East Quartet set a deadline for peace between Israel and the Palestinians yesterday after condemning plans to build new Jewish homes in Arab east Jerusalem.

Meeting in Moscow as Israeli aircraft fired on the Gaza Strip in retaliation for a Palestinian rocket attack, the international diplomatic mission sought to revive plans for indirect negotiations that collapsed over the decision to build 1,600 homes in the disputed capital. It set a 24-month deadline for final settlement of the conflict and the creation of an independent Palestinian state. It called on Israel “to freeze all settlement activities . . . and to refrain from demolitions and evictions”.

In a statement read out by UN Secretary-General Ban Ki Moon, the Quartet said that it “condemns the decision by the Government of Israel to advance planning for new housing units in east Jerusalem”.

The group also comprised Hillary Clinton, US Secretary of State, Sergei Lavrov, Russia’s Foreign Minister, and Baroness Ashton of Upholland, the European Union’s foreign policy chief, as well as Tony Blair, the former British Prime Minister, who represents the Quartet in the region.

They did not say how their goal would be achieved. The Palestinians refused to enter indirect talks after Israel announced the construction during a visit by US Vice-President Joe Biden last week.

Mrs Clinton meanwhile said that the strong US reaction to Israeli settlement plans was paying off. Israel’s Prime Minister Benyamin Netanyahu proposed “mutual confidence-building measures” in a telephone call with her. She called his ideas ”useful and productive”.

However, Avigdor Lieberman, Israel’s Foreign Minister, accused the Quartet of setting “an unrealistic calendar”. He said: “It gives to the Palestinians the wrong impression that by failing to negotiate directly they will achieve their goals by using all sorts of pretexts.”

Mahmoud Abbas, the Palestinian President, insisted that Israel freeze settlement activity “so that the peace process can restart”. He added: “The settlement issue is the essence of the problem.”

The risk of renewed violence was underlined by Israeli strikes on targets in Gaza, which followed a Palestinian rocket attack that killed a Thai labourer in an Israeli village.

On the second night of Israeli raids, Palestinian medical officials said that three people were injured last night when aircraft hit a disused airport. Lady Ashton was visiting Gaza when the militants struck on Thursday.

1979 Camp David accords Agreements between Egypt and Israel won the Egyptian President Anwar Sadat and the Israeli Prime Minister Menachem Begin the Nobel Peace Prize. “We have won, at last, the first step of peace,” said the US President Jimmy Carter. Sadat was assassinated the following year and two years later, Israel launched a massive invasion of Lebanon

1993 Oslo accords The first face-to-face talks between Israelis and Palestinians were hailed in the West as a breakthrough and again won the protagonists Nobel Peace Prizes. But Yitzhak Rabin, the Israeli Prime Minister, was assassinated and the two sides plunged into fresh violence with the “al-Aqsa intifada” (uprising) in 2000

2002 “Road map” The George Bush-backed “road map” to peace aimed to end the conflict by 2005 by implementing three phases of change. Despite the efforts of Condoleezza Rice, Secretary of State, it fell behind schedule and the militant group Hamas won Palestinian elections in 2006, plunging the region back into conflict 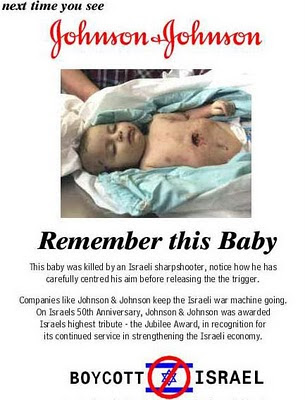 More damning evidence of the massive complicity of the EU in sustaining Israel's system of oppression.

Those who keep hammering on the fact that Israel's economy is so strong, shedding doubt on the economic effectiveness of the BDS campaign, need to recognize that the enormous, complex and pervasive subsidy that Israel receives from the EU, and of course the US, is the MAIN factor that keeps Israel's economic indicators relatively healthy.

Israel's increasing reliance on that subsidy and on exports of products and services that the world can live without (actually would do much better without, in many cases!) or can have produced elsewhere at lower cost and comparable quality is its Achilles heel that the BDS movement is quite aware of.

Should the EU subsidise Israeli security?

The inclusion of Israel in the European Security Research Programme undermines the EU's commitment to even-handedness in the Middle East.

Since the European Community began funding research in 1984, both the amount of funding available and the range of topics on offer have steadily increased (the latest framework programme, FP7, has a seven-year budget of €53 billion). So has the participation of researchers from outside the EU in collaborative projects.

In per capita terms, no non-EU country has received more from the EU's largesse than Israel. Indeed, the European Commission says that the EU is now second only to the Israel Science Foundation in Jerusalem as a source of research funding for Israeli academics, corporations and state enterprises.

More and more of that funding is finding its way to Israel's already buoyant security sector. Israeli revenues from the export of counter-terrorism-related products now top $1bn annually, according to the Israeli government.

Since incorporating Israel into the ‘European research area', the Commission has signed off on dozens of lucrative EU research contracts to the likes of Israel Aerospace Industries (a state-owned manufacturer of drones), Motorola Israel (producer of ‘virtual fences' around Israeli settlements) and Elbit Systems (one of Israel's largest private military technology firms, responsible for segments around Jerusalem of, to use the United Nation's term, the separation wall constructed between Jewish and Palestinian communities).

Some 58 EU ‘security research' projects have now also been funded under the new €1.4bn ‘security research' component of FP7. Israeli companies and institutions are participating in 12 of these, leading and co-ordinating five of them. Only the UK, Germany, France and Italy lead more projects.

Among this latest tranche of contracts is a €9.1 million project led by Verint Systems that will deliver “field-derived data” to “crisis managers” in “command-and-control centres”. (These contracts tend to avoid phrases such as ‘surveillance' and ‘homeland security', substituting less emotive terms.)

Verint describes itself as “a leader in enterprise workforce optimisation and security intelligence solutions, including video intelligence, public safety and communication intelligence and investigative solutions”. What it primarily provides is workplace surveillance, CCTV and wire-tapping facilities. Verint is now effectively being subsidised by the EU to develop surveillance and communication systems that may ultimately be sold back to the member states.

The raison d'être for establishing the EU security research programme was to enhance the ‘industrial competitiveness' of the nascent European ‘homeland security' industry. The Commission argues that funding for Israeli ‘homeland security' is wholly consistent with this aim (insofar as it will enhance Europe's “knowledge base”).

But should the Commission be giving more money to Israel's flourishing security sector than to its counterparts in most of the EU states?

More importantly, should it be subsidising it at all? Israel's control of what remains of the Palestinian territories now depends as much upon the hardware and software provided by its ‘homeland security' industry as its traditional military supremacy.

The EU therefore risks complicity in the actions of a military that frequently shows too little regard for the lives and livelihoods of civilians. And the EU's subsidies make it appear less than even-handed in the peace process.

In the eyes of many Palestinians, it is already fundamentally compromised. Last September, Javier Solana, the EU's foreign policy chief for a decade, told an audience in Jerusalem: “Israel is, allow me to say, a member of the European Union without being a member of the institutions.”

Solana apparently did not mind whether the EU appeared even-handed or not, or how its research budget was being spent. But do European taxpayers want the EU's administrators to allocate their money to an industry at the heart of one of the bloodiest, most protracted and most sensitive geopolitical issues of our time?

Ben Hayes is a project director of the civil liberties group Statewatch and runs a blog on the EU Security Research Programme. 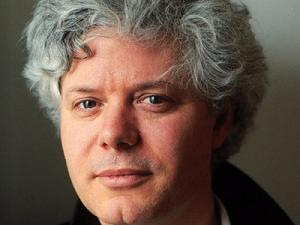 "...not exactly what we teach the children"

This is quite incredible, and fails to make it into Western media! The Israeli Department of Education recalled copies of a book, entitled We Are all Born Free - the Human Rights Declaration in Pictures, which had been ordered for a settler kindergarden in the West Bank. The book was deemed to have "problematic content" specifically, two articles from the declaration that establish freedom of thought, conscience and religion, and freedom of movement.

Censoring the UN (from Maariv, translated by the OCHA)

The UN Universal Declaration of Human Rights is considered to be a document that bridges differences of religion, race and gender and protects the weak all over the globe. But there are some people in the Israeli Education Ministry who believe that Israel’s children’s should not be exposed to this international document, no matter how seminal it is. The Ariel municipality has returned to the Kinneret publishing house 300 copies of a book that incorporates the declaration’s articles, because of what it called “problematic content.”

The book, 'We Were All Born Free—the Human Rights Declaration in Pictures' was published in a prestigious edition together with the Amnesty organization. Among the dozens of pages of the elegant book are 30 illustrations by leading world artists, who were asked to simplify the sections of the declaration to make it suitable for children.

The Ariel municipality decided to buy hundreds of copies of the book to distribute them as a gift to kindergarten children. But after the Education Ministry’s intervention, the books were returned, even though they had already been bought with money and a message from the municipality pasted in them. This is because the Education Ministryinspectors from the state religious department did not like two illustrations and two sections of the declaration, and decided to disqualify the book.

One of the controversial pictures relates to the section of the declaration that says everyone has the right to music, art and sport and which shows, in profile, the exposed chest of a woman. Another illustration relating to the article that says that nobody has the right to hurt or torture, shows a doll with a blood-stained dress.

But the Education Ministry was not only upset by the illustrations: the inspectors also disqualified the book because of two sections of the declaration, considered one of the most important documents ever adopted by the international community. One of these isArticle 18: "Everyone has the right to freedom of thought, conscience and religion; this right includes freedom to change his religion or belief, and freedom, either alone or in community with others and in public or private, to manifest his religion or belief in teaching, practice, worship and observance." The other relates to the right to move to another country if a person does not feel protected in his own country.

The Education Ministry issued a statement saying: "After the Ariel municipality’s consultation with the inspectors of state and state-religious kindergartens, the municipality decided not to give out the books since they are not suitable for five year-old children."

Mayor Ron Nahman said, "it is positive and good to hand out a book about children’s rights. But our attention was drawn to two sentences that are not exactly what we teach the children. The Education Ministry said this was wrong and we accepted its decision." Nahman said he did not know about any problems with the illustrations, just the articles, but Education Ministry sources confirmed that the pictures were the problem.