The effects of the war in Ukraine have brought much of the world’s attention to energy prices. But food insecurity is also rising and will likely get worse

With some of the world’s most fertile land, Ukraine’s nickname as the breadbasket of Europe is an understatement of its agricultural potential. Together with Russia, the two countries account for roughly 14 percent of global corn exports, 22 percent of rapeseed/canola exports, 27 percent of wheat exports, and 30 percent of barley exports, as well as almost 70 percent of the world’s sunflower oil exports. Russia is also the world’s top exporter of fertilizer, and so the global food system faces the simultaneous challenges of Western sanctions on Russia and steeper costs of both growing and importing food.

Since February, Russia has seized some of Ukraine’s most vitalagricultural regions in the eastern and southeastern parts of the country. The Russian military has also prevented Ukraine from accessing its ports on the Black Sea recently, leaving Ukraine essentially landlocked, and unable to export its food products to the international markets.

But though the war has certainly exacerbated the global food crisis, it was preceded by the food price hikes of 2007 and 2011, in addition to the hike witnessed due to COVID-19, after decades of falling costs in real prices of food items. In 2021, data from the Food and Agriculture Organization of the United Nations (FAO) showed more massive increases in meat, dairy, cereals, vegetable oils, and sugar prices that exceeded the previous spike witnessed in 2007 and 2011.

Since the beginning of the Ukrainian war, prices of food items have skyrocketed further. The situation has highlighted the decreasing levels of food self-sufficiency around the world, which the FAO defines as “the extent to which a country can satisfy its food needs from its own domestic production.” Food self-sufficiency has declined globally since the 1960s, particularly in Africa, but also in countries like Japan.

Based on current trends, only 14 percent of countries are projected to be food self-sufficient by the end of the century, according to an article in the journal Environmental Research Letters. Imports will therefore become steadily more vital for the growing number of countries unable to meet their food needs through domestic production. But the rising volatility in food prices since 2007 has tested the affordability and competency of this system.

Food security, the ability to meet food demand through domestic production and imports, has also fallen around the world in recent years. While richer countries that have grown less self-sufficient in food production have been able to shoulder the increasing costs of imports before, food shortages are now also affecting them as well.

Aside from the war in Ukraine and disruption to global supply chains during the COVID-19 pandemic, other factors have also exacerbated these stresses. In 2000, the global population stood at around 6.1 billion, whereas today it is 7.9 billion. Global food habits have also changed, with meat consumption per capita having increased substantially over the last 20 years. High obesity rates, formerly limited to Europe and North America, are now prevalent around the world.

With more mouths to feed, global food security has also been threatened by the loss of arable land due to erosion, pollution, climate change, and increasing water shortages over the last few decades. These issues were partially offset by increased efficiencies in food production and globalization, which allowed countries to sell excess food products in a competitive market.

The war in Ukraine, however, has sent these problems into overdrive. In addition to stifling Ukraine’s ability to export, Russia has significantly reduced food and agricultural exports to “unfriendly countries” in the wake of sanctions, cutting off the supply of most of the food products it exported to the Western world, as well as to Japan and South Korea.

But even net exporters like Russia are in trouble, with the Kremlin announcing in March that it would “suspend exports of wheat, meslin, rye, barley, and corn to the Eurasian Economic Union” (EAEU)—the economic bloc led by Russia—until August 31 in order to secure its own domestic food supply.

The food crisis has instigated other countries to make greater efforts to shore up their positions to secure the food supply systems. The U.S. imported more than $1 billion worth of fertilizerfrom Russia in 2021. In an effort to offset U.S. agriculture’s dependence on Russia, President Joe Biden committed $2.1 billion on June 1 to strengthen the nation’s food system.

In March, the European Union committed up to €1.5 billion to help support the bloc’s farming sectors, and also loosened regulations on the European Green Deal, including restrictions on the land available for farming. Introduced in 2019 to curb and eliminate greenhouse gas emissions, the sidelining of the Green Deal has underscored the severity of the situation.

As food prices began to rise quickly in 2021, China was accused of hoarding grain supplies. By December, the country was in possession of more than half the global grain supply, and according to data provided by the U.S. Department of Agriculture, during the first half of 2022, China was predicted to have half of global wheat supplies, 60 percent of rice supplies, and roughly 70 percent of maize supplies.

More than a dozen countries have banned certain or all food exports until the end of this year or into next year, and these measures are unlikely to be the last. The most recent jump in wheat prices, which have gone up by more than 40 percent since January, followed India’s announcement that it would ban exports following a heat wave that destroyed crops in the country. As the second-largest wheat producer in the world, India’s decision added another blow to the insecurity surrounding global food markets.

More drastic effects are being felt in Sri Lanka. In 2021, President Gotabaya Rajapaksa enacted a ban on synthetic fertilizers, pesticides, and weedkillers to turn the country’s agricultural sector completely organic by 2030. Amid claims that the ban was merely an attempt to reduce imports and maintain Sri Lanka’s foreign currency reserves, this move eventually decimated domestic food production.

Having endured an economic crisis in 2019, the pandemic, and rising food and energy costs as a result of the war in Ukraine, Sri Lanka defaulted on its debt for the first time in history in May. Other economically unstable countries risk meeting a similar fate, with Sri Lanka also experiencing violent protests.

The chaotic consequences of the rising cost of food were already visible more than a decade ago. Affordability of food was a major contributing factor to the outbreak of the Arab Spring in 2010, which saw protests, toppled governments, and led to civil wars. The Arab region typically receives between 40 percent and 50 percent of its food imports from Ukraine and Russia, indicating that the region is particularly vulnerable to food insecurity.

Even before the invasion of Ukraine, a growing number of people around the world were undernourished. Last year marked a record high of almost 193 million people facing acute food insecurity across 53 countries and territories, according to the Global Report on Food Crises (GRFC).

Alongside the millions of Ukrainians who will require food aid this year, underwhelming harvests and conflicts in other parts of the world have meant countries such as Yemen, Burkina Faso, Kenya, Nigeria, Niger, Somalia, and South Sudan are also high-risk countries, in addition to countries harder hit by increasing food costs.

Though the food crisis has instigated governments to adopt nationalist policies to protect themselves, there have been some examples of international cooperation. India has provided Sri Lanka with billions of dollars in loans since its economic crisis began, as well as emergency food deliveries.

But like energy, food has also served as a weapon of foreign policy. Faced with the fact that food insecurity is one of the major sources of leverage for Russian President Vladimir Putin against the West, he can be expected to double down on ensuring that the current food crisis continues. Former Russian President Dmitry Medvedev stated on April 1 that food exports were a “quiet but ominous” weapon that Russia intended to use.

The Federal Bureau of Investigation has also warned against increasing cyberattacks and potential sabotage of agricultural and food plants in the United States. With the global food crisis approaching a new phase, increasing Ukrainian exports, encouraging international cooperation, and developing additional agricultural initiatives will be vital to overcoming it.

This article was produced by Globetrotter.

John P. Ruehl is an Australian-American journalist living in Washington, D.C. He is a contributing editor to Strategic Policy and a contributor to several other foreign affairs publications. He is currently finishing a book on Russia to be published in 2022. 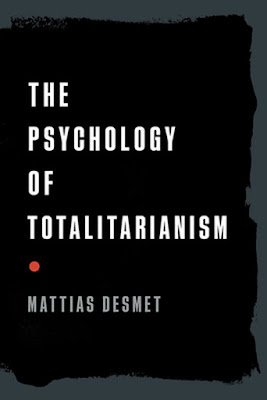